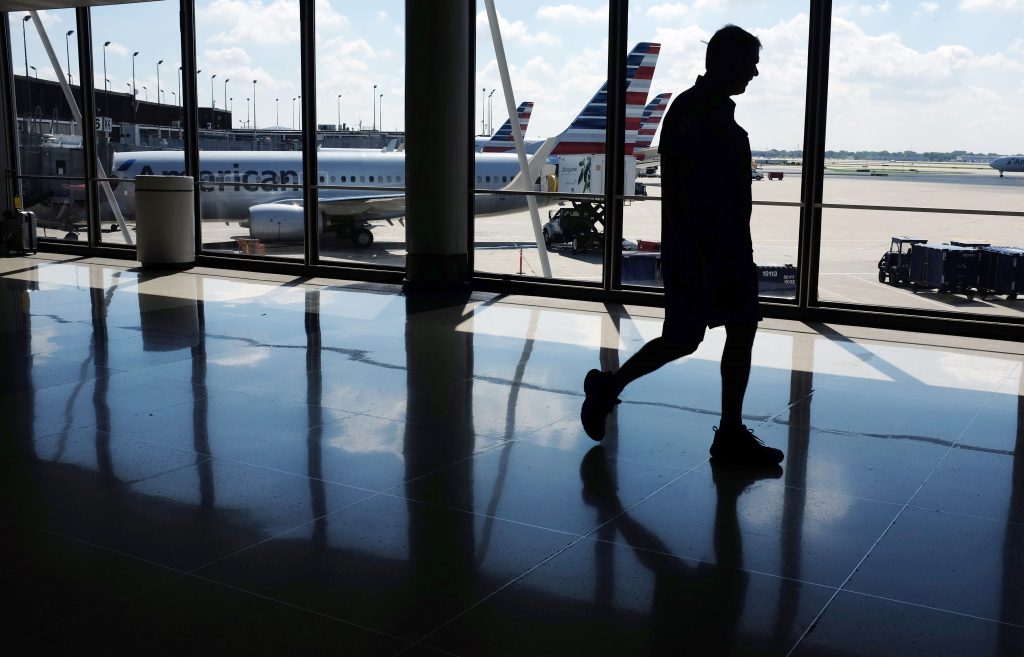 A strike by hourly workers at O’Hare International Airport in Chicago will add another dimension to a nationwide day of protests by fast-food employees who have been pushing for a $15 hourly wage and union rights, organizers said Monday.

The attention-grabbing airport strike is “going to cause complete disruption in travel plans for the day and maybe days to come,” said Kendall Fells, national organizing director of the Fight for $15 campaign. “Four decades ago, airport jobs were jobs you could live off of. Now airport jobs are just like fast-food jobs. We’re all standing together.”

The Service Employees International Union announced Monday that hundreds of workers will strike that day at O’Hare, one of the nation’s busiest airports. The union has helped fund and staff the Fight for $15 campaign.

O’Hare is the only airport where workers plan to strike, though organizers are planning protests at airports in 18 other cities, including Boston, Washington, D.C., Denver, Atlanta, Seattle and Los Angeles.

About 500 O’Hare workers committed to a strike after a vote last week. They are trying to organize with SEIU Local 1’s help. They work for private contractors at the airport and include baggage handlers, cabin cleaners, janitors and wheelchair attendants. Organizers said it will be up to workers to decide whether the strike will last longer than one day.

The Chicago Department of Aviation said it doesn’t anticipate any disruption in service.

Some holiday travelers are nervous, however. Kim Maguire, 40, of Crystal Lake, was at O’Hare on Monday with her 3-year-old daughter and husband as they headed out for a holiday trip to see relatives in Seattle, with a return flight scheduled on the strike date.

“I don’t want it to impact our travel plans,” Maguire said. “Especially traveling with a 3-year-old, delays would be difficult.”

Maguire said she supports the workers and is grateful to those who clean planes, especially reaching into seat-back pockets. “I wouldn’t want to reach my hand in there,” she said.

Julio Godoy, 54, an O’Hare airplane cabin cleaner who makes $10.50 an hour, said he plans to take part in the strike. He said he’s also concerned about being asked to check planes for weapons and explosives without training.

There had been concern that the strike would fall during the busiest travel days. In announcing the Nov. 29 strike, the union and workers on Monday portrayed the date as a concession to families.

“O’Hare airport workers often can’t afford a proper Thanksgiving dinner and know what it’s like to miss Thanksgiving with our families,” said baggage handler Raquel Brito, who announced the strike date. “However we respect families traveling to be together and that is why we’re holding off our strike until after the Thanksgiving holiday.”