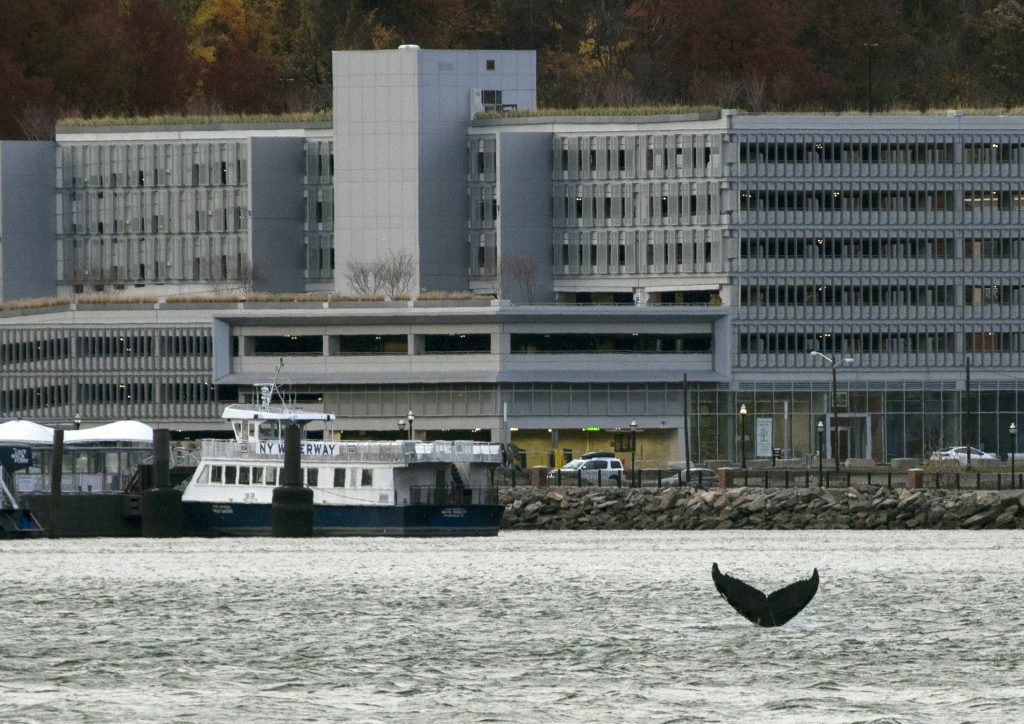 A humpback whale that has cavorted in the Hudson River for nearly a week, with sightings reported from the Statue of Liberty to well north of the George Washington Bridge about 20 miles away, may just be after a meal.

The U.S. Coast Guard said it has received dozens of calls reporting Hudson sightings since last Wednesday. The Hudson originates upstate in the Adirondack Mountains and flows down through the Hudson Valley, continues between New York City and Jersey City and empties into the Atlantic Ocean.a

Whale experts say they’ve seen increased numbers of mostly humpback whales in the New York area in recent years but it’s rare to have one travel up the Hudson.

Although most experts agree water conditions have improved in the river in the 35 years since the passage of the Clean Water Act, they weren’t willing to say that the visit from the humpback had a direct correlation.

Wildlife experts said it appears the humpback may merely have been chasing after Menhaden, or bunker fish, that swam up the Hudson.

Scientists have been accelerating their study of whales in the region in recent years. Last summer, a high-tech buoy was deployed 22 miles off the coast of Fire Island to monitor several species of great whales. In the past month, the buoy has detected three North Atlantic right whales, one of the world’s highly endangered whale species.