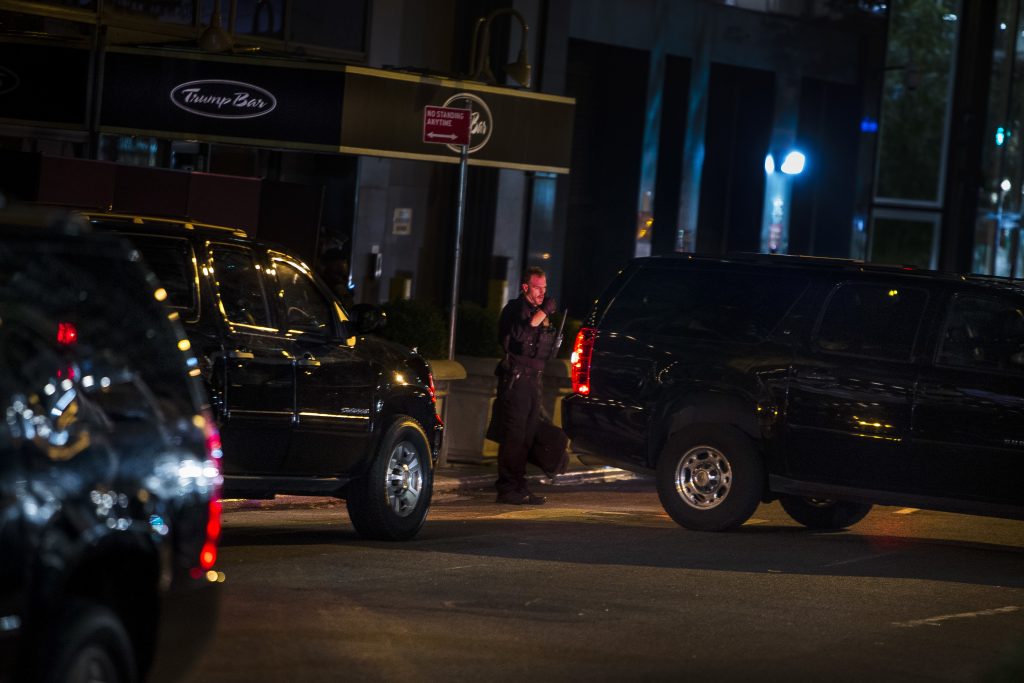 During the course of the 2016 campaign, Republican Christine Todd Whitman compared Donald Trump to Adolf Hitler. She warned that a Trump administration would bring the country into “chaos.” And a month before Election Day, the former Bush Cabinet official proclaimed her support for Hillary Clinton.

Now, when young Republicans ask her whether they should join the Trump administration, Whitman struggles to find a simple answer.

“I’d sound a note of caution,” says the former Environmental Protection Agency head. “They’re going to have to carry out what the president wants done.”

Dozens of Republican foreign policy experts, business leaders and elected officials broke party ranks to come out against Trump during the contentious presidential race. Now, they’re facing a difficult choice: Get on the Trump train or watch it leave from the station.

“Look, he’s the president,” said Tennessee Sen. Bob Corker, a Trump backer. “People are going to want to do everything they can to work closely with him.”

The 2012 Republican presidential nominee, Mitt Romney, who once called Trump “a phony” and “a fraud,” is a leading contender for secretary of state. Nebraska Sen. Ben Sasse, long Trump’s loudest critic in the Senate, has urged his Republican followers to root for Trump And South Carolina Gov. Nikki Haley, also under consideration for secretary of state, met with Trump on Thursday. While she eventually voted for him, Haley had criticized his Muslim travel ban and complained that she was “not a fan.”

Sasse and other Trump antagonists in Congress are looking to Vice President-elect Mike Pence, a former Indiana congressman and the state’s governor, as a possible conduit to the administration.

The bridge-building is far more challenging for generations of Republicans who have spent eight years biding their time at think tanks, universities and corporations. But unlike in a typical campaign, when the party rallies behind their nominee, a number of these experts had spent months publicly blasting Trump.

Whether Trump will welcome these former opponents into his administration remains unclear. Trump and his team must fill more than 4,000 jobs, a daunting task for a president-elect with no experience in federal government. And he is known for his ability to hold a grudge — a trait that worries some job-seekers.

Peter Feaver, a Bush-era White House aide who signed both letters, did not expect that Trump would hire anyone involved with the effort, saying they were “effectively on a blacklist.” But he said that the new administration could still pick from a sizable group of former Republican foreign policy officials who were not signatories.

He’s urging them to consider taking a post, both to shape the policies of the new administration and advance their own careers.

“He is our president and if he asks you to serve the country, you shouldn’t reflectively say ‘no,'” said Feaver, a professor at Duke University. “I have actively encouraged people I know who are good to throw their name in the hat because I want to help this team assemble the best team they can.”

Since the election, there’s been some informal contact between those who spoke out against Trump and the people trying to staff his administration. The conversations haven’t always gone well.

“I’m a little leery from what I have heard of the reaction of the people around him who seem to be a little more of the, ‘We won. You lost. Don’t try to horn in on our act,'” Whitman said. “That’s just counterproductive.”

Those reports have sparked a debate within some Republican circles about whether patriotic duty should outweigh concerns about Trump’s management style.

Eliot Cohen, the former State Department official who coordinated the first letter, said he was asked by a friend close to Trump’s team to suggest potential appointees who might be willing to work in the administration.

He was so turned off by the response to his advice that it prompted him to pen an op-ed declaring that he’d changed his mind: Conservatives, he wrote in The Washington Post, should opt out of serving.

“For a garden-variety Republican policy specialist, service in the early phase of the administration would carry a high risk of compromising one’s integrity and reputation,” he wrote.

Not everyone agrees. Eric Edelman, a national security adviser to former Vice President Dick Cheney, said he didn’t expect to get a call from the new administration given that he was a vocal critic of Trump during the campaign.

He’s advising others to at least hear out the offer, saying that “patriotism requires you to do it.” But he isn’t offering any recommendations.