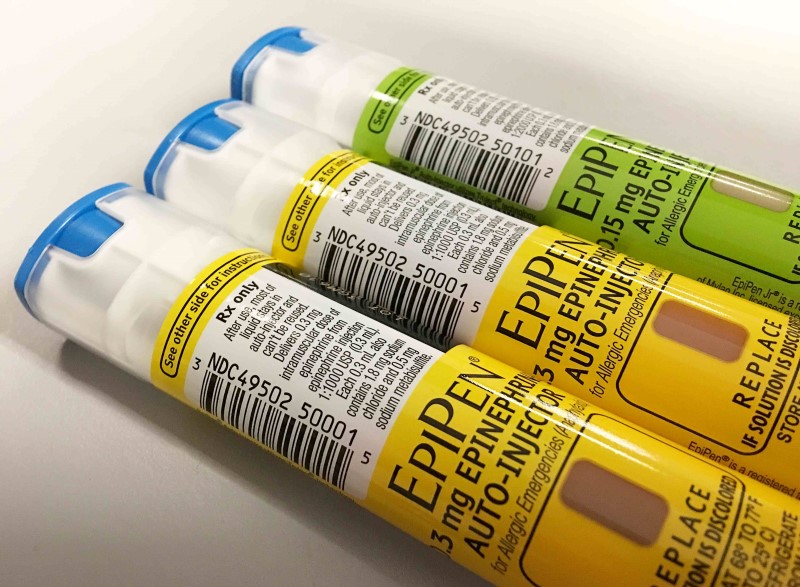 Pharmaceutical company Mylan is refusing to testify at a congressional hearing next week on a settlement between the company and the Justice Department over its life-saving EpiPen.

In a letter to the Senate Judiciary Committee, an attorney for Mylan said company executives wouldn’t testify at the Nov. 30 hearing because the settlement is a pending matter and the Justice Department would also not be attending. Mylan has agreed to pay $465 million to settle allegations that it overbilled Medicaid for EpiPen. At issue was whether the product should have been classified as generic under a Medicaid program.

In September, a House panel grilled Mylan CEO Heather Bresch about the skyrocketing cost of the devices, which many parents rely on when their children have allergic reactions. The list price of EpiPens had grown to $608 for a two-pack, an increase of more than 500 percent since 2007.

In nearly four hours of questioning, Bresch often declined to answer directly many questions about the company’s finances and profits, infuriating lawmakers. She defended the company’s business practices and signaled there were no plans to lower prices.

Mylan has said it will begin selling its generic version of EpiPen for $300 for a pair, a move that will still bring the company tens of millions of dollars in revenue while helping retain market share against current and future brand-name and generic competition.

Sen. Charles Grassley, R-Iowa, chairman of the committee, said he would continue to investigate what happened, saying taxpayers have paid — and may still be paying — more for EpiPen than they have to.

“This happened because either the agencies in charge dropped the ball, the company gamed the system, or both,” Grassley said.

The senator on Monday released the letter dated Nov. 18.