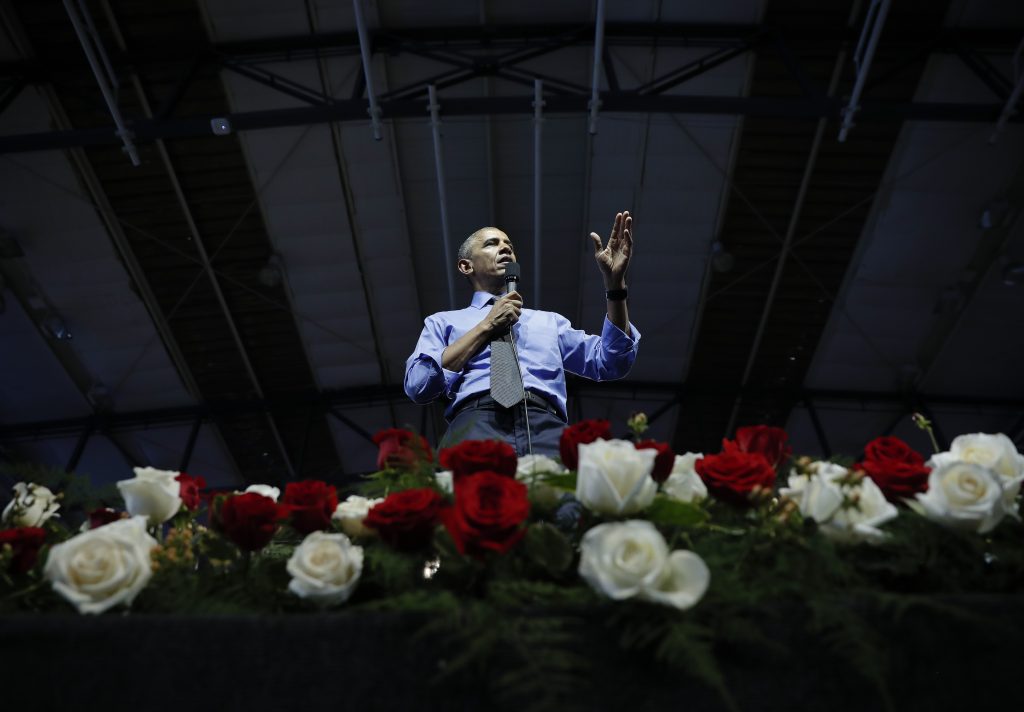 President Barack Obama has planned separate talks with the leaders of Australia and Canada before wrapping up the final foreign trip of his presidency.

Both countries helped negotiate a multinational trade agreement with the U.S. and nine other Pacific Rim countries. But Congress is unlikely to ratify the deal, dealing a blow to Obama’s once high hopes of having the agreement become part of his presidential legacy.

Besides participating in meetings Sunday with other world leaders attending the annual Asia-Pacific Economic Forum taking place in Peru’s capital, Obama was sitting down first with Prime Minister Malcolm Turnbull of Australia, a U.S. ally and partner in the trans-Pacific trade deal.

The president also planned to speak with Canadian Prime Minister Justin Trudeau, whose nation is another TPP partner.

Before boarding Air Force One for the flight to Washington, Obama was to answer questions from the journalists who accompanied him to Greece, Germany and Peru.

Trump’s election overshadowed every stop on Obama’s trip. The president went to once unimaginable lengths to defend Trump, whom he had repeatedly denounced during the campaign as “temperamentally unfit” and “uniquely unqualified” to be president.

“I think it will be important for everybody around the world to not make immediate judgments, but give this new president-elect a chance to put their team together, to examine the issues, to determine what their policies will be,” Obama said in response to a question about Trump during a forum Saturday with some of Latin America’s future leaders.

“As I’ve always said, how you campaign isn’t always the same as how you govern,” he added.

Obama’s suggestion is that Trump could soften some of his more hard-line positions on immigration, terrorism and other issues once he confronts the reality of having to run the country. But the candidates Trump announced this past week for key national security posts — Alabama Sen. Jeff Sessions for attorney general, retired Lt. Gen. Michael Flynn for national security adviser and Kansas Rep. Mike Pompeo to lead the CIA — sent a signal that Trump intends to lead exactly as he said he would during the campaign.

Leaders in every region of the world have expressed concern about Trump’s stances on immigration, trade, NATO and other matters.

Obama’s first stop was Greece, where he lent support to the prime minister’s effort to turn around the country’s economy. He gave a speech about the value of democracy, despite its sometimes “messy” nature, as he says the U.S. election showed. Obama campaigned hard for the losing Democratic candidate, Hillary Clinton.

During his stop in Greece, he also carved out time to tour the Acropolis and Parthenon.

From there, it was on to Germany to visit one final time with Chancellor Angela Merkel, with whom he has collaborated closely during the past eight years. Obama also met as a group in Berlin with the leaders of Germany, Britain, Spain, France and Italy before he headed for Peru.