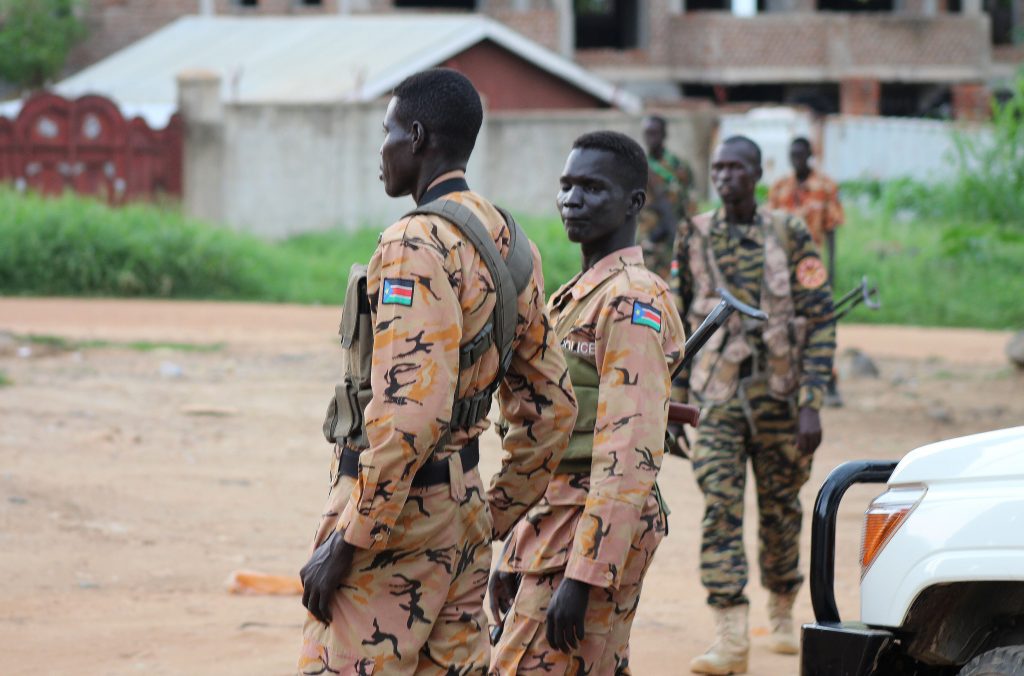 The United States circulated on Thursday to the 15-member United Nations Security Council a draft resolution to impose an arms embargo on South Sudan and further targeted sanctions, amid warnings by a senior U.N. official of possible genocide.

Political rivalry between South Sudan’s President Salva Kiir, an ethnic Dinka, and his former deputy Riek Machar, a Nuer, led to civil war in 2013 that has often followed ethnic lines. The pair signed a shaky peace deal last year, but fighting has continued and Machar fled the country in July.

“I saw all the signs that ethnic hatred and targeting of civilians could evolve into genocide if something is not done now to stop it. I urge the Security Council and member states of the region to be united and to take action,” Dieng told the council.

“There is a strong risk of violence escalating along ethnic lines with a potential for genocide. I do not say that lightly,” he said, urging the council to impose an arms embargo.

Samantha Power, U.S. ambassador to the United Nations, told the council that Dieng’s warning should serve as a wake-up call. “None of us can say we did not see it coming,” Power said.

The U.N. Security Council has long-threatened to impose an arms embargo on South Sudan, but veto powers Russia and China are skeptical whether such a move would make a difference since the country is already awash with weapons.

“We think that implementing such a recommendation would hardly be helpful in settling the conflict,” Deputy Russian U.N. Ambassador Petr Iliichev said. “Introducing targeted sanctions against South Sudanese leaders would be the height of irresponsibility now.”

The Security Council set up a targeted sanctions regime for South Sudan in March 2015 and has blacklisted six generals – three from each side of the conflict – by subjecting them to an asset freeze and travel ban.

“An arms embargo is effective if there is a broad and robust commitment to its enforcement,” Power told the council. “Imposing new targeted sanctions designations will isolate the individuals who have consistently been responsible for the acts that have brought South Sudan to this moment and which have caused so much suffering,” Power said.

South Sudanese soldiers and rebels said on Thursday they had clashed in a state bordering Sudan, killing at least 15 people.