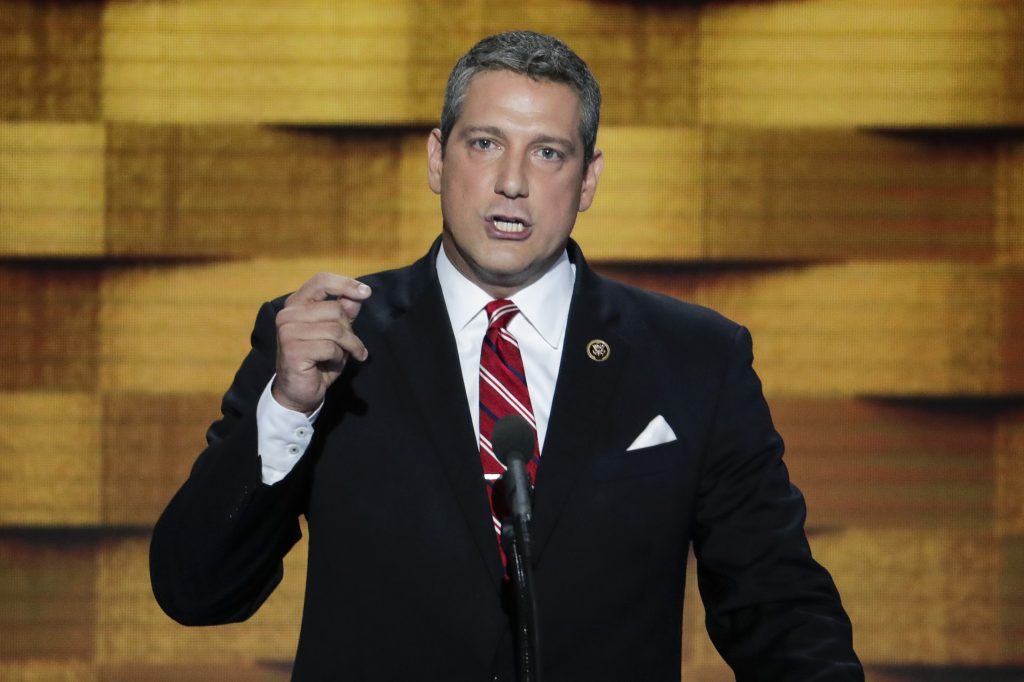 House Democratic leader Nancy Pelosi is facing a challenge from one of her caucus’ frustrated younger members as the party faces another two years in the minority.

Ohio Rep. Tim Ryan said Thursday he will challenge the California lawmaker, who has led the party since 2002 and was the first female speaker from 2007-11, in leadership elections later this month. Democrats have been reeling since last week when the party won fewer seats than she had predicted and lost the presidency.

“What we are doing right now is not working,” the 43-year-old Ryan said in a letter to colleagues. “Under our current leadership, Democrats have been reduced to our smallest congressional minority since 1929. This should indicate to all of us that keeping our leadership team completely unchanged will simply lead to more disappointment in future elections.”

Ryan is from a Rust Belt state that President Barack Obama won in 2008 and 2012, but President-elect Donald Trump won Ohio easily this year. Along with younger members in the caucus, Democrats from several Midwestern states have expressed concern that the party has become too focused on the two coasts and forgotten the working-class voters in the middle. Pelosi is from San Francisco.

Well-known for her ability to count votes, Pelosi is still the favorite to win another term as leader. She said in announcing her candidacy on Wednesday that she has the backing of two-thirds of the caucus, though Ryan questioned that number.

The election is Nov. 30. It had been scheduled for Thursday but was postponed until after Thanksgiving.

Pelosi, 76, is a survivor who enjoys enormous respect and goodwill among most Democrats, even as many of her closest allies have left Congress. She has managed to maintain unity within the diverse flock of House Democrats and is an unparalleled fundraiser for them, collecting more than $100 million in the past cycle alone.

Ryan’s bid marks the second time Pelosi has faced a challenge after a dismal Democratic performance in an election. She easily beat back North Carolina Rep. Heath Shuler 150-43 after the party lost the majority in 2010.

But some Democratic lawmakers expressed their frustration in a closed-door caucus meeting earlier Thursday.

Rep. Kathleen Rice (D-N.Y.) said she told her colleagues that “if we don’t, as a party, have our leaders accept responsibility for where we are, we can’t move forward and get to the point where our message is going to resonate with voters.”

Rep. Ruben Gallego (D-Ariz.) said he had issued a challenge in the caucus “that anybody who is running for any position of leadership needs to come back and explain to us how we’re going to be able to survive one, the Trump years, but two, to not have the same excuse we have every two years where there’s some external factor that somehow causes us to not gain the seats that we need.”

Among the frustrations for junior Democrats is that several top Democrats on powerful committees have been atop their posts for many years — well into their 80s in some cases — and are not some of the party’s most fresh and vibrant voices. For instance, the top Democrat on the panel responsible for taxes and the Affordable Care Act is 85-year-old Michigan Rep. Sander Levin, while the top Democrat on the Judiciary Committee is John Conyers, 87, who’s been in Congress for more than 50 years.

“We’ve got a couple of big issues coming up, not the least of which is defending the very strong parts of the Affordable Care Act,” said Rep. Richard Neal (D-Mass.), a rival of Levin’s on the powerful panel.

Some Democrats are pressing for term limits for committee chairmen. Pelosi didn’t dismiss the idea.

“If you want that, you have to fight for it,” Pelosi said.

Pelosi was crucial in ensuring Obama’s health care overhaul became law in 2010. Even in the minority under Obama, Pelosi has been a savvy negotiator with GOP leaders when Democratic votes were needed to advance legislation.

“When somebody challenges you, your supporters turn out, both internally in the caucus and in the country,” Pelosi, who has led Democrats since 2002, told reporters at her weekly news conference.

Indeed, her allies spoke strongly in her favor.

“She has been an extraordinary leader,” said Rep. Jim McGovern (D-Mass.). “If it weren’t for her, a lot of things that are near and dear to our hearts would have been eviscerated. She’s a good negotiator even in the minority.”

On the budget front, House Republican leaders said Trump wants a short-term spending bill to keep the government running through March of next year.

The current stopgap spending bill runs out in less than a month, on Dec. 9. House and Senate negotiators are working on a bill they could pass before leaving for the winter break.