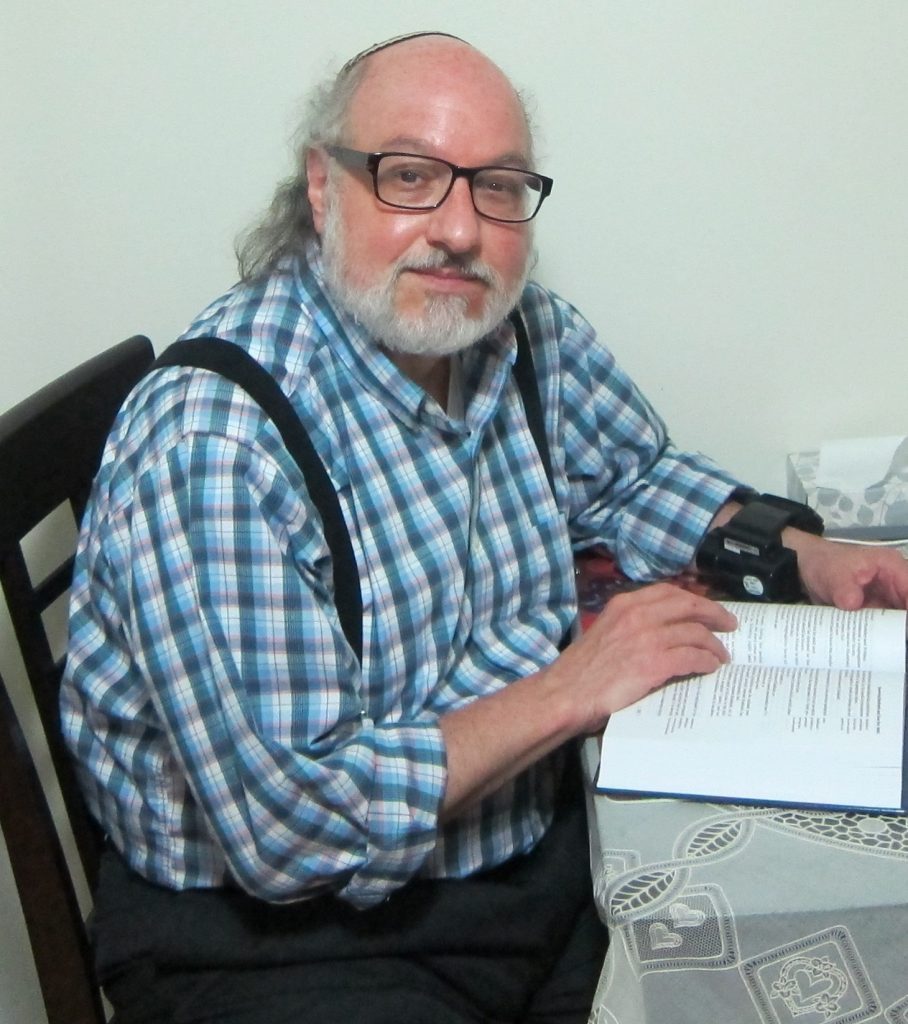 NEW YORK – Attorneys for Jonathan Pollard filed on Monday a 35-page brief in the United States Court of Appeals for the Second Circuit, asking the court to overturn the decision by a lower court judge rejecting a habeus corpus petition seeking the removal of broad and severe parole restrictions.

A legal observer who has been following the Pollard case for many years, and spoke on the condition of anonymity because of the sensitivity of the matter, told Hamodia that he found the brief to be “compelling.”

“It sets forth some very persuasive and cogent arguments,” he said.

Pollard, who was released from prison last November after serving an unprecedented 30 years for passing classified information to an ally — Israel — is currently required to wear a GPS monitoring system that consists of a non-removable transmitter installed on his wrist, and a receiver that is plugged into an outlet in his Manhattan residence. Whenever he moves outside the range of the receiver, the transmitter — which is three inches long and two inches wide — acts as a GPS tracker and monitors his location. Were Pollard to step out of his tiny studio apartment to daven with a minyan or get some fresh air on Shabbos or Yom Tov, the battery would begin to drain, forcing him to choose between violating Shabbos or facing re-arrest.

In the brief, written by a team of lawyers led by his long-time pro-bono attorneys Eliot Lauer and Jacques Semmelman, Pollard argues that there is “no rational relationship between the Special Conditions and what the [Parole] Commission says it seeks to achieve with them.”

“The Commission concluded that because the documents Pollard compromised remain classified as ‘Secret’ and ‘Top Secret,’ Pollard automatically poses a threat to national security because he saw them 31 years ago,” the brief says. “The missing link is that the Commission failed to find that Pollard himself still remembers — or can remember — any classified information. Aerial photographs, lines of computer code, signals, intelligence manuals, and other such documents are not the types of documents that can be reproduced from memory.”

In her lengthy ruling, Judge Katherine B. Forrest of the U.S. District Court for the Southern District of New York had repeatedly referred to what she felt was the court’s limited authority to overrule a finding by the U.S. Parole Commission.

But in their brief, Pollard’s lawyers argued that “the parole statute requires that an imposition of special parole conditions be reasonably related to the parolee’s history and characteristics … Meaningful judicial review under this standard means that the Special Conditions cannot merely bear a theoretical relationship to past conduct, but must bear a reasonable relationship based on rational determinations.”

They point out that in its attempt to justify the GPS Monitoring Condition, the Commission relied in large part upon Pollard’s underlying crime of 31-plus years ago, claiming that his “base offense of espionage was by definition an exercise in deception and furtive movements that included trips abroad and a false identity …

“However, the Commission did not explain how GPS tracking bears any connection to that behavior. All crimes involve ‘furtive movements’ in the sense that the offender sought to avoid detection when committing them. If that were the test, all parolees would be automatically subject to GPS tracking, which is not the case,” the lawyers argue.

“If Pollard were truly a disclosure risk, the government never would have permitted him, as it did, to communicate freely with federal prisoners in the general population for 20 years. Nor would it now permit him, as it has, to meet with and talk with anyone, anywhere in the Southern District, or to correspond by mail with anyone, anywhere in the world. In light of what the government permits Pollard to do, a requirement that he submit to a monitor on his physical location and on his employer’s computers — and a nighttime curfew — is not rational.”

The brief also refers to the claim made by the Parole Commission that Pollard is a flight risk, citing a letter sent by Congressmen Jerrold Nadler and Eliot Engel to Attorney General Loretta E. Lynch a week before his actual release urging the Department of Justice to give “fair consideration” to Jonathan Pollard’s expressed desire to reunite with his family in Israel after his release from prison.

“To rule that Pollard is a flight risk because he has openly expressed a desire to live abroad lawfully and because two elected representatives chose to intercede with the Attorney General lacks any rational basis. Parolees should not be retaliated against by being subjected to deprivations of their liberty as a result of making lawful requests as to the terms of their release,” the brief states.

For the first time in these court proceedings, the attorneys allude to one of the most inexplicable parts of the Pollard saga, the interview Pollard gave after his arrest to Wolf Blitzer, who was then writing for the Jerusalem Post. The interview was later reprinted in the Washington Post and The New York Times, and was used by prosecutors to convince the sentencing judge to ignore the plea deal Pollard had reached with the government and sentence him to an unprecedented life term.

“It is important to note that while the prosecutors claimed that the Blitzer interview was an alleged violation of the plea agreement and Court’s Protective Order, it was never established as a fact by judicial review,” the legal observer noted. “This is one of the numerous areas in which Richard Hibey, an attorney of Lebanese descent who was hired by Israel to represent Pollard at that time, totally failed his client. He didn’t tell the sentencing judge the real facts, that both Blitzer and Pollard had received permission from both the Department of Justice and the Navy for the interview. In fact, Blitzer, who now works for CNN, later asserted that he was used to set Pollard up.

“Although the protective order required Pollard to submit all of his media responses for vetting, the government insisted that no written questions and answers would be allowed. The authorities instead allowed Blitzer to bring his notebook, camera and tape recorder into a high security prison for the interviews without even a government monitor present, making it impossible for Pollard to submit his answers. The prison officials specifically told Pollard and Blitzer that even though no government monitors were going to be present, they were to proceed with the interviews. Hibey failed to demand a hearing to establish that the government had authorized the interviews, or to tell Pollard that they had the right to such a hearing.”

Among the other points addressed in the latest submission is a 1995 letter by William O. Studeman, then acting director of the CIA, in which he claimed that Pollard sent “at least 14 letters that contained classified information” during the first 10 years of his prison term, which is now being used by the Parole Commission as a reason for the restrictions.

“Like the Engel-Nadler letter, this claim is really absurd,” the legal observer told Hamodia. “As the government knows full well, Pollard was under intense scrutiny during his prison term by government censors, who carefully reviewed all of his correspondence. Pollard was never charged or disciplined in any way for any letters he supposedly sent. To the contrary, as the Commission admitted at his parole hearing, Pollard was a ‘model inmate’ with an outstanding prison record.”