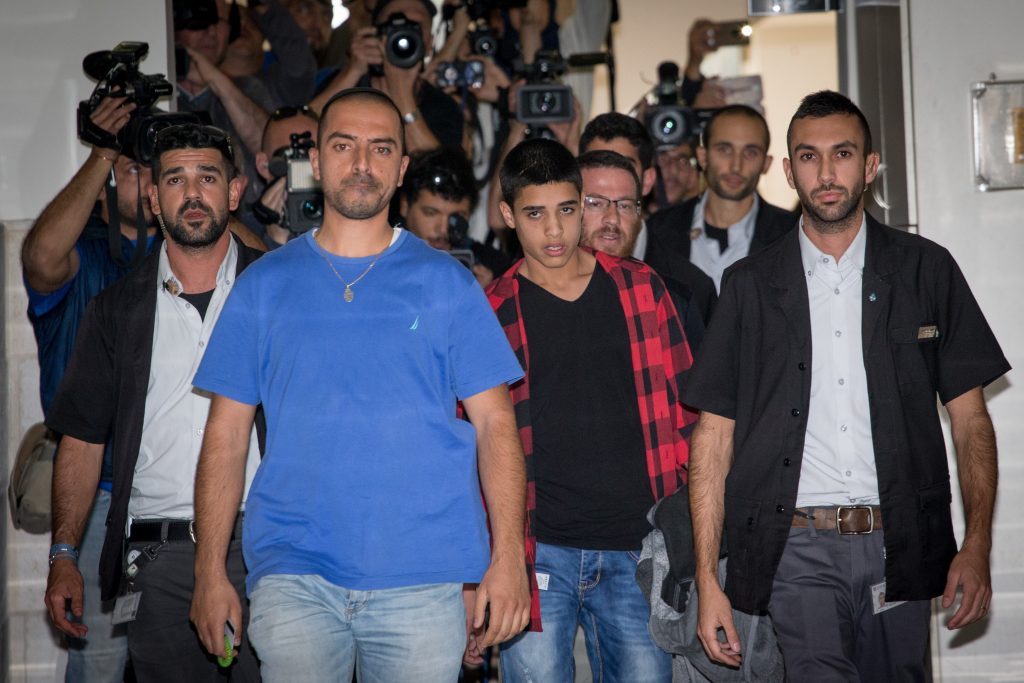 Both family members and the Palestinian Authority slammed the 12-year prison sentence meted out to teen Arab terrorist Ahmed Manasra Monday. Manasra was the terrorist who, at age 13, stabbed and critically wounded a 12-year-old Jewish boy in the Pisgat Ze’ev neighborhood of Yerushalayim in October of 2015. Convicted in May on two counts of murder, the teen was sentenced Monday after telling authorities that he had hoped to be killed himself for murdering a Jew, thus achieving the status of a “martyr.”

Speaking in a radio interview Tuesday morning, Shai Ben-Ezra, the victim’s father, said that the 12-year sentence was not sufficient to deter either the terrorist himself from acting in the future, or for deterring other would-be teen terrorists. “Fortunately the court did not accept his lawyer’s arguments that Manasra was an innocent lamb who was doing nothing but taking a walk around Pisgat Ze’ev, but 12 years is not enough to act as a deterrent,” he told Kol Chai radio. “He will get out at age 26 as the head of some terror group and who knows what he will do to us then?”

Meanwhile, the Palestinian Authority condemned the sentence, expressing “disappointment” that such a young individual could be sentenced to such a long prison term. The PA said that such sentences were illegal under international law and a violation of the terrorist’s human rights. The sentence is an attempt to “sow fear in the hearts of Palestinian youth,” the PA said in a statement, adding that it planned to seek international help to pressure Israel into releasing the teen terrorist.

Mansara made international headlines when the Palestinian Authority chief publicly accused Israeli police of “executing” him. Large rallies were held in PA-controlled areas, and international headlines highlighted the “trigger-happy” Israeli police who killed an Arab youth who had been involved in nothing more than a “street fight” – until photos of Mansara receiving treatment in an Israeli hospital were distributed by the Health Ministry. In one of the photos, Mansara is seen holding up a finger into the air, in a gesture similar to that of IS terrorists.