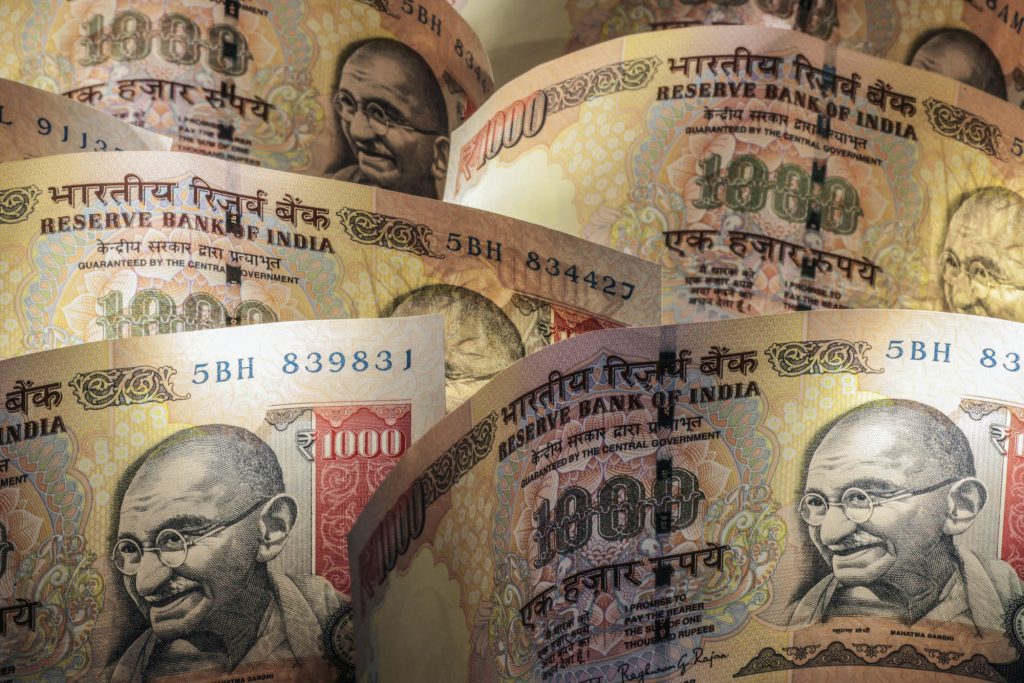 India will withdraw high-denomination banknotes in the nation’s biggest crackdown against unaccounted wealth and corruption in almost four decades.

Five-hundred-rupee ($7.5) and 1,000-rupee notes will cease to be legal tender from Wednesday, Prime Minister Narendra Modi said in an unscheduled address to the nation. The notes in circulation will have to be deposited in banks by the end of December, he said in a late evening message. This is the first time since 1978 the government has withdrawn money from circulation, according to the central bank’s website.

The step by Modi, who is approaching the half-way mark of his term, is an attempt to fulfill his election promise of curbing tax evasion and recovering illegal income, locally known as black money, stashed overseas. Modi’s unprecedented move follows a similar step taken by the European Central Bank, which is discontinuing the use of 500-euro ($575) notes to stop their use in “illicit activities.”

Modi is “changing the narrative at a time when everyone was saying this government’s moves on black money were mainly hype,” said Milan Vaishnav, a senior associate with the Carnegie Endowment for International Peace in Washington. At the same time, “The average Indian waking up to this is going to think, ‘What is going on?’ ”

The Indian premier had struck a chord with 1.3 billion Indians in the 2014 national polls by promising to give the impoverished as much as 2 million rupees each from such funds stashed abroad. There are about 16.5 billion of 500-rupee currency notes and 6.7 billion of 1,000-rupee bankbills in circulation, according to central bank Deputy Governor R. Gandhi.

“On one hand, we are number one in economic growth and on the other we are ranked 100 in global corruption rankings,” Modi said in his speech. “Despite various steps, we have improved only to 76.”

The timing of the move is critical. It comes just before key state elections. Money for votes is a common practice, as is handing out gifts, according to N. Bhaskara Rao, chairman of the New Delhi-based Centre for Media Studies, which published a report in 2014 on the topic.

The Reserve Bank of India will issue new currency notes of 2,000 rupees and 500 rupees. A one-time chance to come clean on unaccounted wealth led to declarations of only about 25 billion rupees in tax last year, while an income declaration program this year had met with a mixed response.

“It is a very powerful measure to curb black money,” said Nirmal Jain, chairman of IIFL Holdings Ltd. “It will have a deflationary impact in general and more specifically on real estate prices and make homes affordable.”

The government will allow people to use the notes in government-run hospitals and fuel pumps until Nov. 11.