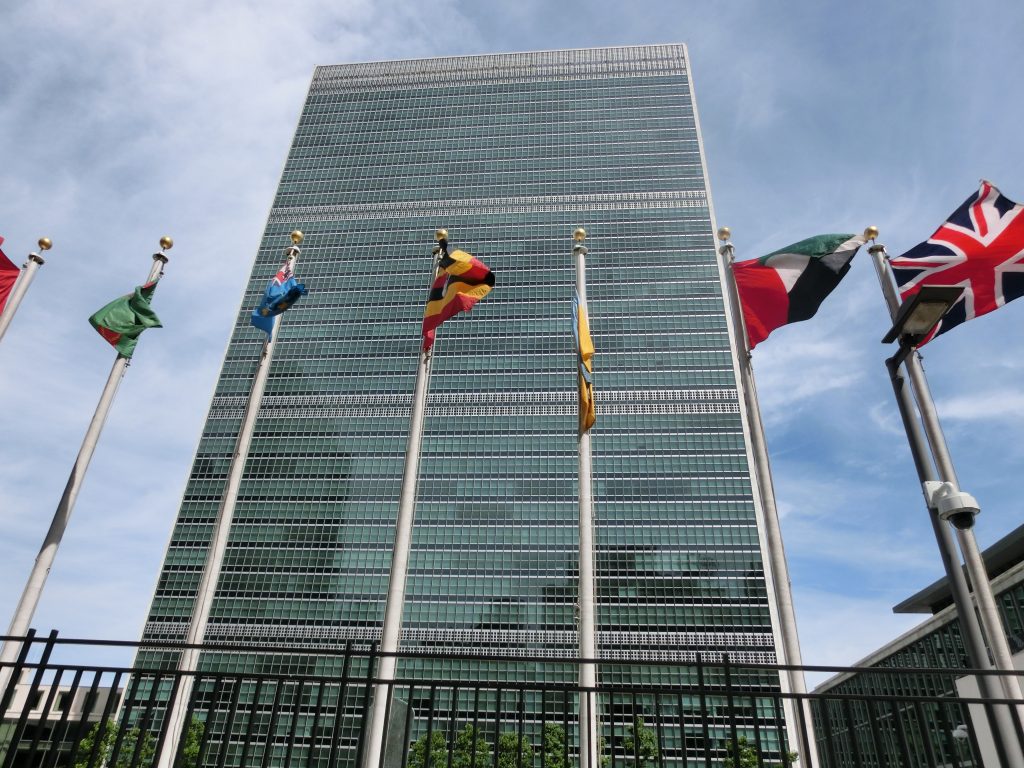 U.N. climate talks open Monday against the backdrop of a U.S. election that could have a major impact on America’s role in the global agreement to reduce greenhouse gas emissions.

Given Hillary Clinton and Donald Trump’s diverging views on climate change and the landmark emissions pact adopted in Paris last year, some countries’ delegates have been unusually blunt about their preferred outcome.

Brazilian Environment Minister Sarney Filho told reporters in a conference call Thursday he believes American society supports climate action regardless of who becomes the next president.

Clinton backs the climate policies of President Barack Obama’s government, including continued engagement in the Paris Agreement. Trump, meanwhile, has expressed doubts about global warming on social media and said in a speech this year that he would “cancel” the climate deal if elected.

Those comments have raised concerns in other countries about whether the U.S. would ignore its commitments under the agreement — or withdraw from it completely — if Trump were elected.

“If you go against the tide, people will not agree and the economy and the social development of these countries will also be affected,” Xie said.

The Obama administration played a key role in making the Paris deal come together, particularly by forming a partnership with China that saw the world’s top two polluters take the lead in global efforts to slash emissions of carbon dioxide and other greenhouse gases.

Under the Paris deal, the Obama administration pledged to reduce U.S. greenhouse gas emissions by 26-28 percent below 2005 levels by 2025.

But U.S. Republicans are opposed to the deal, saying it will harm the U.S. economy. Trump has called for stripping regulations to allow unfettered production of fossil fuels — a key source of carbon emissions — and rescinding the Clean Power Plan, an Obama administration strategy to fight climate change.

In Marrakech, delegates will be working on the details of implementing the Paris deal, such as drafting rules for how to measure and report emissions as well as the financial contributions meant to help poor countries deal with climate change.

The U.S. under the Bush administration decided not to join the previous climate deal, the 1997 Kyoto Protocol, which only regulated the emissions of developed nations. That was a major blow to the agreement, and after other countries dropped out Kyoto ended up covering only a small portion of global emissions.

Climate policy officials in the Obama administration said they believe this time other countries would go ahead even if the U.S. were to back out, because they see it as in their national interests to shift to cleaner energy.

“It’s a question of how quickly we move forward, and frankly, who will lead and who will benefit most from this transition to a lower carbon economy,” said John Morton, the White House’s senior director for energy and climate.

Although it is possible to withdraw from the Paris deal, it would take four years — an entire presidential term — to complete the process. That’s partly why countries were in such a hurry to ratify it before the U.S. presidential election on Nov. 8.

U.S. climate envoy Jonathan Pershing said he didn’t think a U.S. withdrawal from the climate pact was likely because there are “going to be huge domestic advantages to staying in this agreement and to do the work that we’ve agreed to do.”

Observers of the climate talks said delegates in Marrakech are likely to keep a close eye on the U.S. election, which occurs on the second day of the conference.

Liz Gallagher of the London-based environmental think tank E3G said she believes the outcome will have bigger significance for the United States’ role in the international negotiations than for its domestic transition toward cleaner energy.

“On the domestic side, it’s moving low-carbon for sure,” she said. “That worries me less than how a new U.S. president would use climate diplomacy the way Obama has done.”

There is no question the U.S. election presents “real political risks to the global climate efforts,” said Mohamed Adow, a climate policy expert at Christian Aid. “But the good news is that the world has prepared for it and hedged against the worst likely outcome by ratifying the Paris Agreement at an unprecedented speed.”