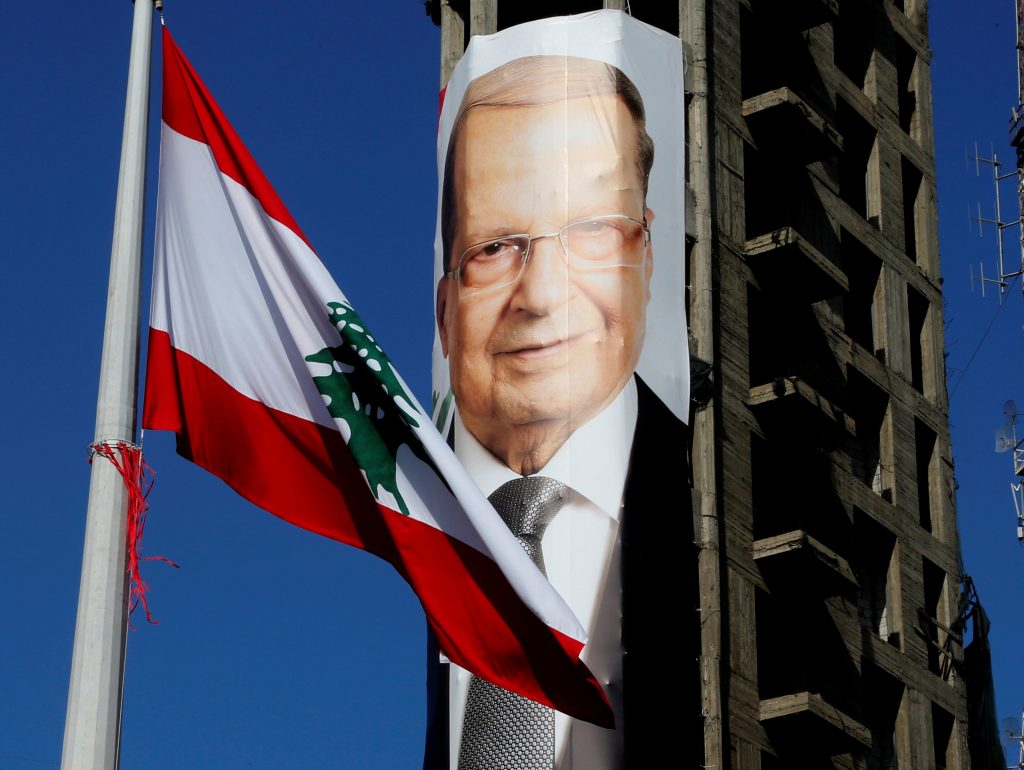 Aoun, in his 80s, is a key ally of the Iran-backed Hezbollah Shiite terror movement.

He gained 83 votes out of the 127 deputies attending the session during the second round of voting.

“National unity is the basis of the stability and security of the country,” Aoun said in an oath taken before parliament, after his election ended a presidential vacuum of more than two years.

Shortly after Aoun’s election, his followers took to the streets, carrying his picture and chanting: “A new era has begun in Lebanon.”

Schools and universities were ordered to stay closed on Monday, as the army imposed very tight security measures across Lebanon for fear of any security breaches.

Streets across the capital, Beirut, were filled with posters of Aoun and the orange flags of his political party, The Free Patriotic Movement (FPM).

“Aoun is not only a Christian leader, but also a leader of all Lebanese people,” one of his followers said.

Aoun’s election was made possible after former premier Saad Hariri, who is backed by Saudi Arabia and also has the largest bloc in parliament, supported his nomination last week. Under the agreement, Hariri is likely to become prime minister.

Druze Leader Walid Jumblatt said after the election that “all Lebanese politicians should work to turn over a new page for the country.”

The Lebanese presidency is usually held by a Maronite Christian in the country’s sectarian power-sharing arrangement while the prime minister is a Sunni Muslim and the speaker of parliament a Shiite Muslim. The presidential post has been vacant since former president Michel Suleiman’s term ended in May 2014.

Lebanon’s parliamentary speaker, Nabil Berri, a close ally of Hezbollah, has openly opposed Aoun’s candidacy for presidency, but has said that he will not boycott the session.

According to analyst Amin Amoriyeh, Aoun’s election is likely to end the political stagnation, but will not mend the deep political divisions in the country, especially Hezbollah’s involvement in the Syrian war since 2011.

“Having a new president in the presidential palace will not solve all the political problems in the country. The remaining will be to have a premier and form a new government without delays and obstacles,” Amoriyeh said.

Hezbollah, which nominated and backed Aoun, has been fighting alongside Syrian President Bashar al-Assad.

Aoun, an army commander during Lebanon’s 1975–90 civil war, is known to have aspired to the presidential post. He is the fourth Lebanese president from a military background.

The election of Aoun is seen by many observers as a victory for Hezbollah over the Saudi- and Western-backed coalition in the country.

Aoun was one of the first Lebanese voices to rise against the Syrian military presence in Lebanon during the 90s. He had to live in self-imposed exile in Paris until 2005, when Syria pulled out following the assassination of former premier Rafik Hariri.

He returned to Lebanon, but fell out with his former allies, the anti-Syrian Western-backed coalition, and struck up an alliance with the pro-Syrian Iranian Hezbollah movement.

“Congratulations to General Aoun, the Lebanese people and all parties in the country,” Iranian Foreign Ministry spokesman Bahram Ghasemi said in a statement carried by Fars news agency.

The agreement between the different parties was a sign that democracy had become embedded in Lebanon, he said, adding Tehran hoped that bilateral ties could be further expanded under President Aoun.