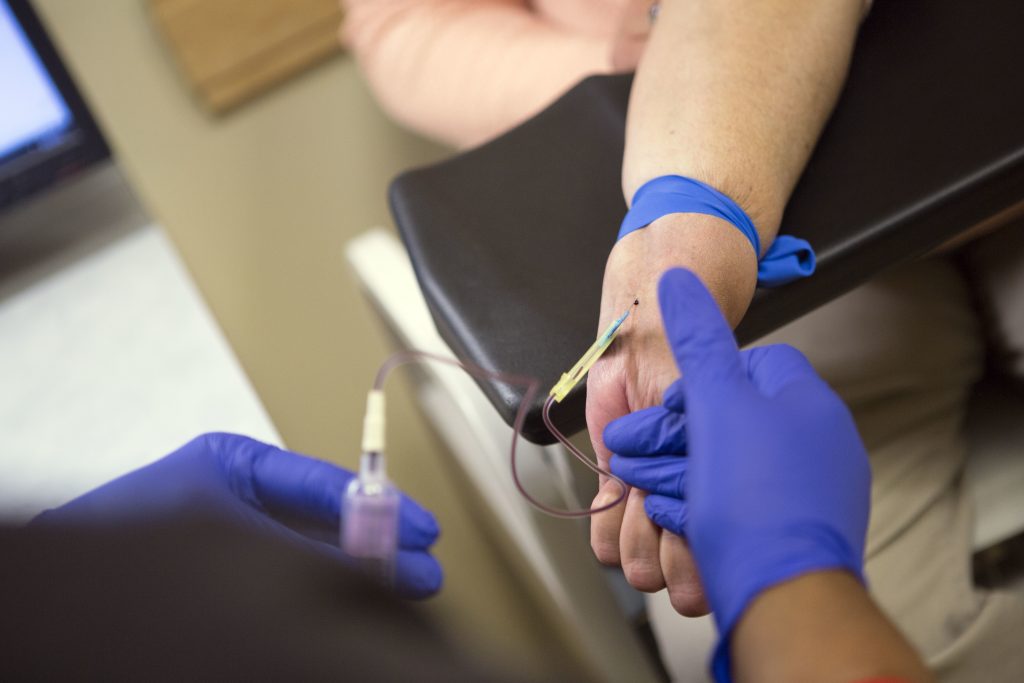 A bold experiment is giving some patients a chance at cutting years off their wait for a kidney transplant if they agree to a drastic-sounding option — getting an organ almost sure to infect them with hepatitis C.

Betting on new medications that promise to cure hepatitis C, two leading transplant centers aim to use organs that today go to waste, a bid to put a dent in the nation’s long transplant waiting list.

Pilot studies are underway at the University of Pennsylvania and Johns Hopkins University to test transplanting kidneys from deceased donors with hepatitis C into recipients who don’t already have that virus. If the groundbreaking research eventually pans out, hundreds more kidneys — and maybe some hearts and lungs, too — could be transplanted every year.

“We always dreaded hepatitis C,” said Dr. Peter Reese, a Penn kidney specialist who is helping lead the research. “But now hepatitis C is just a different disease,” enough to consider what he calls the trade-off of getting a new kidney years faster but one that comes with a hopefully treatable infection.

It’s a trade-off prompted by an organ shortage. More than 99,000 people are on the national kidney waiting list, but only about 17,000 people a year get a transplant and 4 percent a year die waiting, according to the United Network for Organ Sharing (UNOS).

“If we had enough organs, we wouldn’t do this,” said Dr. Niraj Desai, who is leading the Hopkins study. But, Desai said, “most patients are pretty open to the idea once they hear what the alternatives are.”

Doctors had told 66-year-old Irma Hendricks of East Stroudsburg, Pennsylvania, to expect at least a five-year wait for a kidney transplant. Dialysis three times a week was keeping her alive, but leaving her with no energy for even routine activities. “I call it the zombie syndrome,” she said.

She jumped at the chance to enroll in Penn’s study, even though doctors made clear they hoped for but couldn’t guarantee a hepatitis cure.

She swallowed an anti-hepatitis pill daily for three months, in addition to the usual post-transplant medications. Testing showed the drugs rapidly cleared hepatitis C out of her bloodstream. With her new kidney functioning well, she now has enough energy to play with her toddler grandson.

“This is giving people in my situation new hope,” Hendricks said.

“It makes sense to me,” said Dr. Matthew Cooper, a transplant surgeon at MedStar Georgetown University Hospital who is not involved in the research. He cautioned that the studies should use only kidneys that are young and otherwise high-quality, and that patients must understand the risks.

“They need to know you place their safety as the highest priority,” Cooper said. “But at the same time, recognize that we have these obstacles. We don’t want people to die on dialysis, and there are not enough organs available for everybody.”

Hepatitis C is a simmering infection that, if untreated, over two to three decades can quietly destroy someone’s liver.

At least 2.7 million people in the United States have chronic hepatitis C. Until a few years ago, it was treatable only by medications with grueling side effects and poor cure rates. Now, breakthrough drugs promise to cure 95 percent of hepatitis C cases with fewer side effects — for people who can afford them. Treatment costs tens of thousands of dollars.

Normally, hepatitis C-infected organs are transplanted only into patients who already have hepatitis C themselves, so as not to further spread the virus.

Reese and fellow Penn physician Dr. David Goldberg found only 37 percent of hepatitis C-positive kidney donations between 2005 and 2014 were transplanted. The discards could have helped more than 4,000 patients during that time period, they reported in the New England Journal of Medicine last year.

The opioid epidemic is prompting a jump in donations from people who died of drug overdoses — typically young organs that, absent an infection risk, would be sought-after.

The small Penn and Hopkins trials are a first step. Much larger studies are needed to prove whether more routine use of these organs in immune-suppressed transplant recipients really works.

Cost also is a question. Merck & Co. is helping to fund the pilot trials, donating its medication Zepatier, which costs $54,000 for a round of treatment. That’s still cheaper than a lifetime of a dialysis, which costs about $75,000 a year, UNOS’ Klassen noted.

While the studies began with kidneys because of their demand, “I don’t think there’s any reason, if it proves safe and effective in kidneys, that we wouldn’t want to try it in other organs,” Penn’s Goldberg noted.

Even if the hepatitis C-infected organs prove useful, the nation still is “desperate for more donors,” cautioned Hopkins’ Desai. “It’s a practical solution to help some of the people. It won’t solve the problem.”