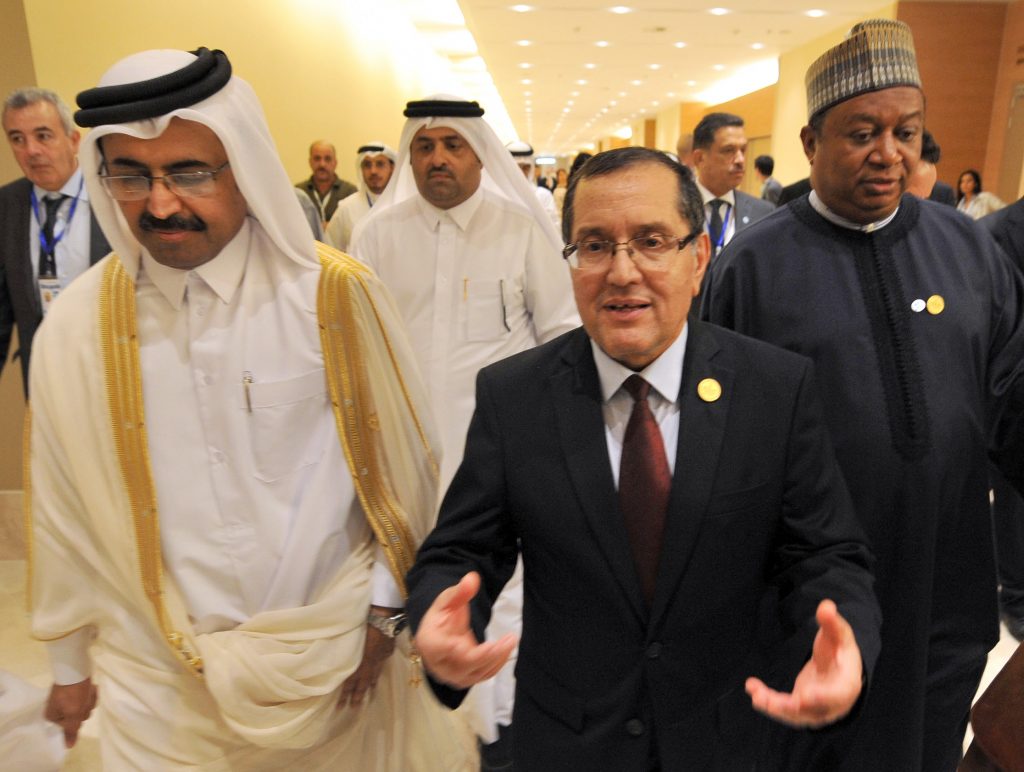 Russia is willing to join OPEC’s efforts to stabilize the market, which would require either a freeze or a cut, President Vladimir Putin said on at the World Energy Congress in Istanbul. Many producers outside the group have expressed a willingness to cooperate on output caps, said Saudi Arabia’s Energy and Industry Minister Khalid Al-Falih, who added that he was “optimistic” there’ll be a deal that could lift prices as high as $60 by year-end.

Coordinated output curbs by Russia and the Organization of Petroleum Exporting Countries, who together pump about half the world’s oil, could boost fuel prices for consumers and revive the fortunes of a battered energy industry. While Putin’s comments are the firmest indication yet that such an agreement is possible, Russia is still pumping at record levels and has stopped short of a commitment to pull back. OPEC members also have many hurdles to overcome before implementing their first cuts in eight years.

“It’s a little bit early to start celebrating an agreement,” Tord Lien, Norway’s Petroleum and Energy Minister, said in an interview with Bloomberg on Monday. “They have made great progress, and this could end up in an agreement that will materialize around [year-end] and the first quarter of next year.”

Ministers from some of the largest oil-producing nations are gathering in Turkey this week to discuss ways to end a two-year supply glut. With benchmark Brent crude trading at about $53 a barrel — less than half its price in mid-2014 — countries including Saudi Arabia remain under severe economic pressure, prompting last month’s surprise reversal of its policy of pumping without constraints.

OPEC agreed in principle on Sept. 28 in Algiers to limit output to a range of 32.5 million to 33 million barrels a day, compared with production last month of about 33.75 million. While the deal has helped lift crude prices by about 15 percent, precise details of who would make the cuts or whether producers outside the group would join weren’t finalized.

An OPEC committee will work on the details of how to share the burden of cuts and present its proposals at a formal Nov. 30 meeting in Vienna. Ministers from some group members, including Saudi Arabia and Algeria, will meet with non-OPEC nations including Russia and Azerbaijan in Istanbul on Wednesday to discuss wider cooperation.

“Russia is ready to join in joint measures to limit output and calls on other oil exporters to do the same,” Putin said. “In the current situation, we think that a freeze or even a cut in oil production is probably the only proper decision to preserve stability in the global energy market.”

So far this month, Russia has pumped crude and a light oil called condensate at a rate of 11.2 million barrels a day, according to preliminary data from the Energy Ministry’s CDU-TEK unit. If that continued for the whole month, it would set a post-Soviet record, beating September’s 11.1 million barrels a day. Russia would prefer to freeze its output at current levels rather than make reductions, Energy Minister Alexander Novak said earlier Monday in Istanbul.

For the Algiers production deal to work, Saudi Arabia would need to make some cuts. The kingdom pumped 10.58 million barrels of crude a day in September, just shy of its July record of 10.66 million, according to data compiled by Bloomberg.

Brent prices reached a one-year high of $53.73 a barrel in London. Both Saudi Arabia’s Al-Falih and Bob Dudley, the chief executive officer of BP Plc, said that oil prices of about $60 a barrel by year-end are possible.

While traders have clearly welcomed the comments from Saudi Arabia and Russia, “caution may be the best practice,” Naeem Aslam, chief market analyst at ThinkMarkets U.K. Ltd., said by email. “If history tells us anything, it is that these major oil players also have the habit to not respect the agreed agreement.”