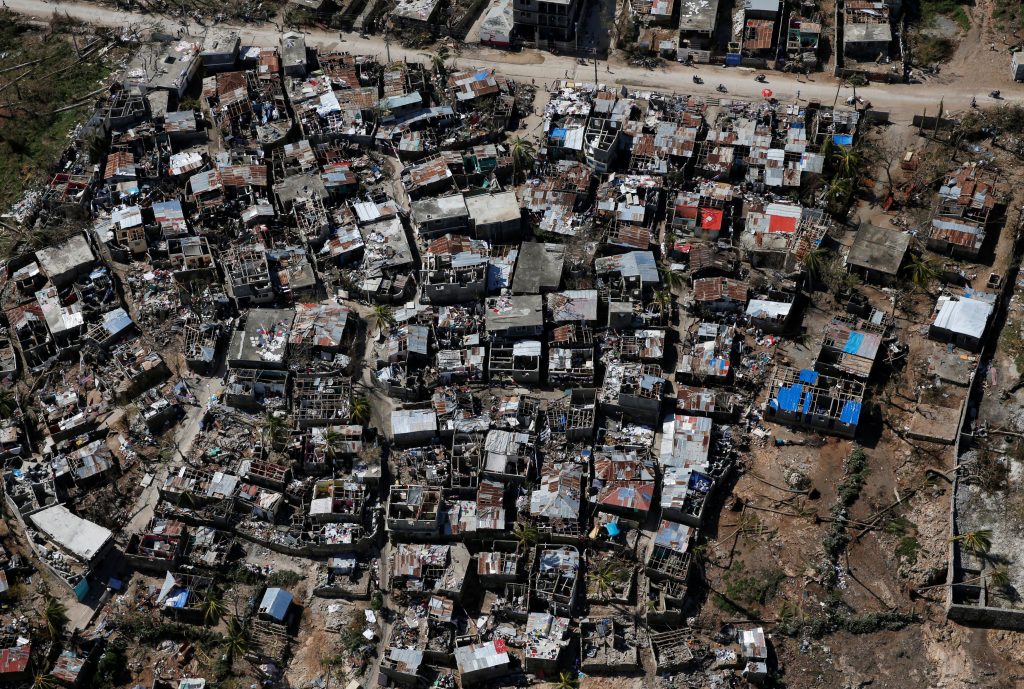 Residents of the southeastern United States ravaged by Hurricane Matthew turned their focus on Monday toward recovery and clean-up, but officials in several states warned that deadly flooding could continue as rain-swollen rivers crest in coming days.

Matthew, the most powerful Atlantic storm since 2007, was downgraded to a post-tropical cyclone on Sunday after its rampage through the Caribbean killed 1,000 people in Haiti. In the United States, the death toll rose to at least 19 people.

While power was being restored in some areas, 1.6 million people were without power in Florida, Georgia, North and South Carolina and Virginia, down from Sunday’s peak of 2.2 million. Officials were working to clear streets of downed trees and abandoned vehicles.

With five people reported missing and rivers rising, North Carolina Governor Pat McCrory said he expected the death toll to rise. Eight people in the state were known to have died so far.

McCrory said several swelling rivers were expected to hit record levels and would not crest for days.

“Hurricane Matthew is off the map, but it is still with us and it is still deadly,” he said.

The National Weather Service said “life-threatening flooding” will continue Monday over eastern portions of the state.

Many coastal and inland communities remained underwater, either from coastal storm surge or overrun rivers and creeks.

All 2,000 residents of Princeville, the oldest town in the United States incorporated by African-Americans, were told on Sunday to evacuate due to flash flood risks. The town lies on the Tar River about 25 miles north of Greenville.

Several dams have breached in the area around Cumberland County, south of Raleigh, Michael Martin, fire marshal for the city of Fayetteville, said by phone.

Swiftwater rescue teams are still on alert and there have been 255 water rescue calls and 701 people rescued.

In neighboring South Carolina, a vehicle trying to cross a flooded roadway in Florence County was swept away by flood waters, killing one person, Governor Nikki Haley said.

Jake Williams, a resident of Florence, said early Monday that his power had been out since Saturday morning.

“Trees are down in every neighborhood on almost every road,” he said, adding, “I am no weatherman, but I would guess that the gusts of wind were near 100 mph [160 km], and with soggy ground a lot trees couldn’t stand up to it.”

In Virginia Beach, the city said it had received over 13 inches of rain and 55,000 people remained without power on Sunday night. The city said that some 200 vehicles were abandoned and many roads remained impassable.

Norfolk, which declared a state of emergency, said efforts were underway to clear streets of debris and abandoned vehicles with city offices, libraries and recreational centers set to reopen Monday.

The storm center was about 200 miles off the coast of Cape Hatteras, North Carolina and heading away from land, according to the National Hurricane Center’s Sunday afternoon report. It discontinued all tropical storm warnings.

The storm still packed hurricane-force winds as far as 90 miles from the center and tropical-storm-force winds 240 miles (390 km) away.

President Barack Obama declared a state of emergency in Georgia and Florida, freeing up federal money to help the states repair damaged infrastructure and remove debris.

In one of the dramatic rescues in North Carolina, out-of-state firefighters helped save three people from the roof of an SUV in inland Cumberland County, where more than 500 rescues took place.

Flash flooding turned a creek into a “roaring, raging river” that swept the vehicle off the roadway on Saturday night, said Battalion Chief Joe Downey of the Fire Department of New York. He was part of a team from three states that carried out 64 rescues on Saturday night and Sunday morning.

“Water was almost up to the roof of the SUV,” Downey said in a telephone interview. “It was bad. They had nowhere to go.”