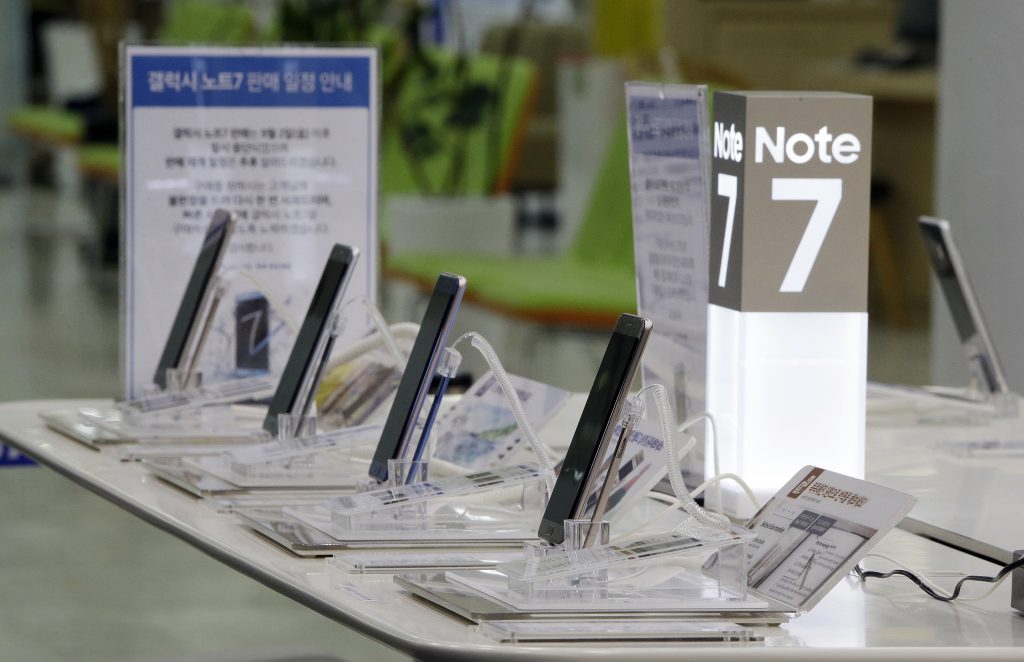 An overheated Samsung device created smoke that caused a plane to be evacuated at Louisville International Airport on Wednesday, an official said.

A total of 75 people, including crew members, were evacuated from the flight, and no one was injured, said airport authority spokeswoman Natalie Chaudoin.

Fletcher said there was minor damage to the plane’s carpet where the device was dropped.

Sarah Green, of New Albany, Indiana, was quoted by The Courier-Journal as saying that her husband, Brian, told her his Galaxy Note 7 made a popping noise and started smoking after he powered it down. Green said the phone had been replaced about two weeks ago due to the recall.

She said he called her from another person’s phone to tell her what happened.

Samsung said in a statement that the company is working with authorities to recover the device and confirm the cause.