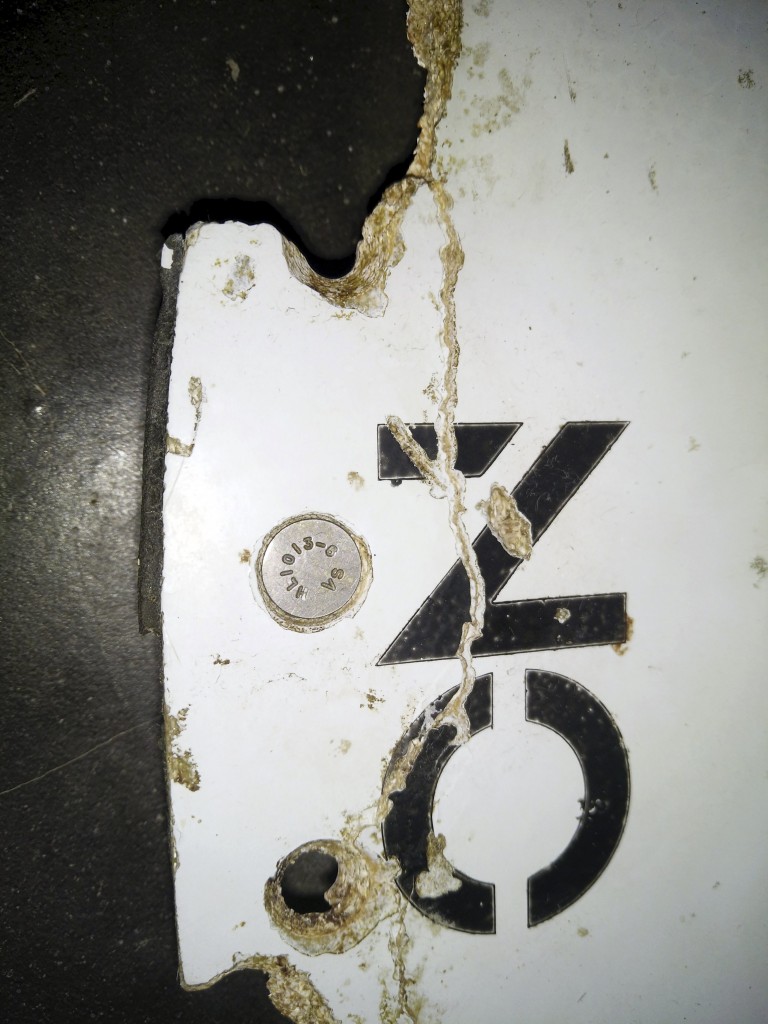 Accident investigators have cast doubt on the possibility that blackened debris found on Madagascar is evidence of a catastrophic fire aboard the missing Malaysian airliner.

The bureau said in a statement Thursday that investigators had yet to determine whether the pieces were from the Boeing 777 that is thought to have plunged into the Indian Ocean southwest of Australia in 2014.

But a preliminary examination found that two fiberglass-honeycomb pieces were not burnt, but had been discolored by a reaction in resin that had not been caused by exposure to fire or heat.