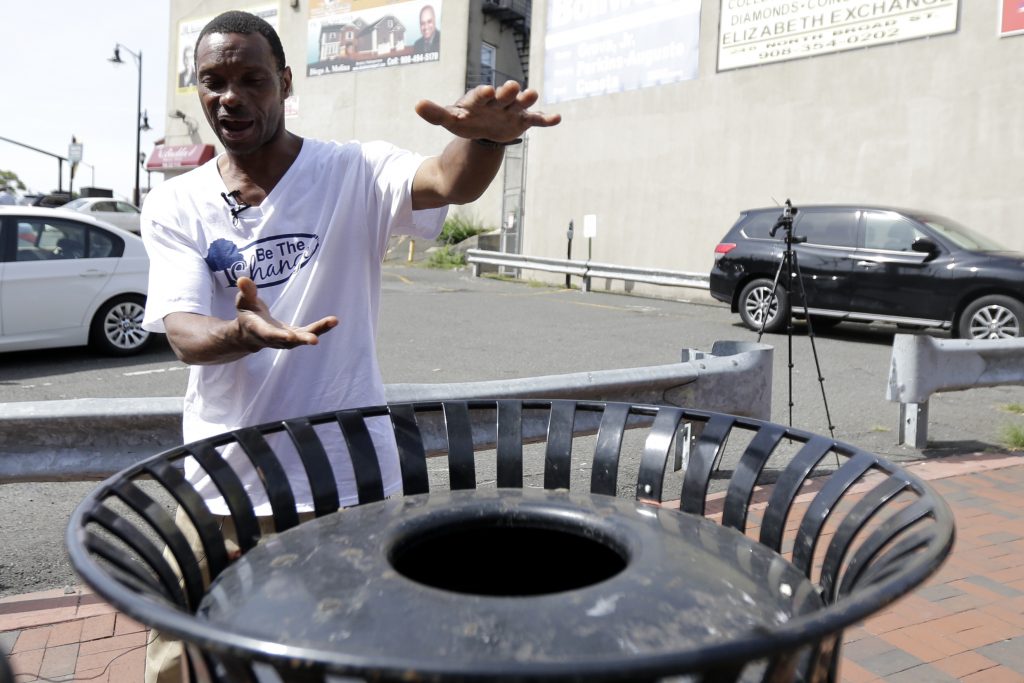 Lee Parker still pictures the explosion that could have happened if he had dropped the backpack he took from a garbage can on Sunday night while a friend bought beer.

“I see it sometimes in the back of my mind and I know I need to get past it,” said the 50-year-old homeless man from Elizabeth, New Jersey. “But, I feel good. I’m OK, and I’m grateful.”

Authorities say Parker and a friend, Ivan White, contacted police after finding the bag near the Elizabeth train station Sunday. One of the bombs exploded while a police robot was trying to disarm it. Other devices found inside were taken away by investigators.

Police say the bag was left by Ahmad Khan Rahami, who was charged with planting bombs that exploded Saturday in Manhattan and Seaside Park, New Jersey.

Rahami, also of Elizabeth, was captured Monday morning after a shootout with police in the doorway of a bar in nearby Linden. He remains hospitalized and has yet to make an initial court appearance.

Investigators say it was the second time a bomb planted by Rahami was uncovered by someone scavenging for luggage. The FBI released an image Wednesday of two men seen Saturday night leaving a pressure cooker device behind while taking a suitcase in Manhattan. That device didn’t explode.

Parker said he realized something was wrong with the heavy backpack after seeing wires from something that he first thought were decorative candles. Parker dropped the bag and went with friend Ivan White to the police.

“I don’t like to think about what could have happened, but I’m just so blessed and glad it didn’t,” Parker said. “I still have my nine lives, I guess, and I’m going to keep trying to live them well.”

Parker is staying at a local hotel paid for by an Elizabeth nonprofit that helps the homeless and working poor. He has also received food and clothes and thousands of dollars have been donated to a GoFundMe campaign for Parker and White.

Linda Flores-Tober, executive director of the Elizabeth Coalition to House the Homeless, is glad Parker is being recognized.

“These men were first identified as homeless, but they shouldn’t be anonymous,” she said. “They did the right thing and deserve all of the attention for what they are — heroes. They deserve to be known.”

Flores-Tober said her group will continue to work with Parker, who says all he wants is a good job.