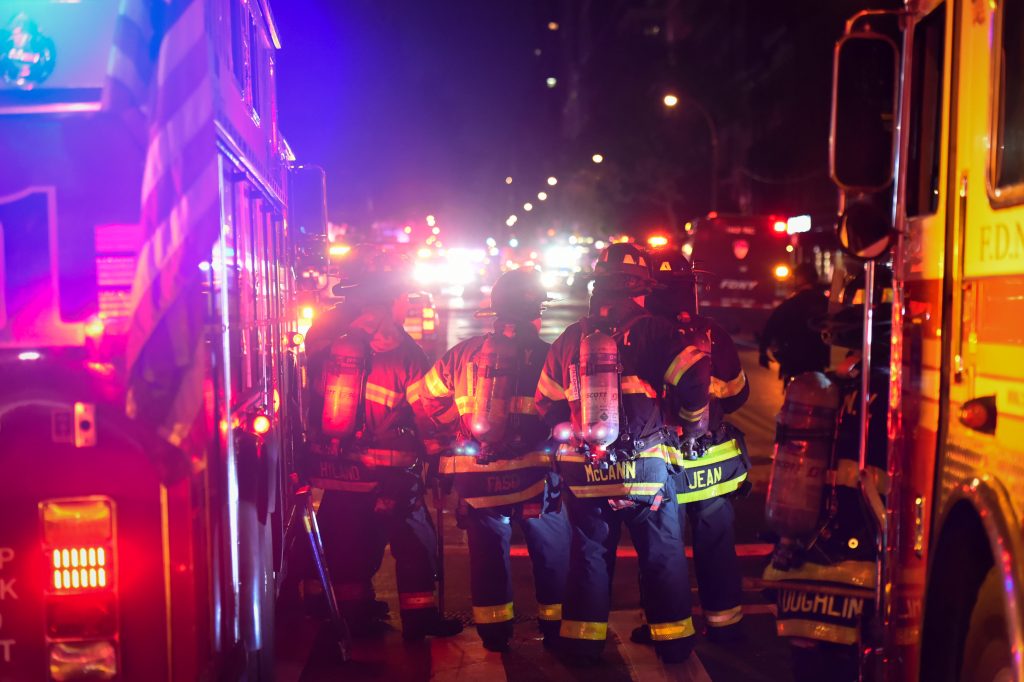 Donald Trump appeared to preempt New York City officials when he declared Saturday evening that a “bomb went off” in New York City before officials had released details.

“I must tell you that just before I got off the plane a bomb went off in New York and nobody knows what’s going on,” Trump said, minutes after stepping off his plane during a rally at an airport hangar in Colorado Springs, Colorado.

He continued, “But boy, we are living in a time – we better get very tough, folks. We better get very, very tough. It’s a terrible thing that’s going on in our world, in our country, and we are going to get tough and smart and vigilant.”

The Republican presidential nominee made the comments around 9:10 p.m., shortly after the explosion in Manhattan’s crowded Chelsea neighborhood and as emergency officials were responding to the blast.

Local authorities have said they believed the explosion, which injured 29, was an “intentional act,” but declined to answer questions about the cause at a news conference close to midnight.

New York City Mayor Bill de Blasio said then that it was “too early to determine specifically what the incident was caused by” and that the investigation was still underway.

A spokeswoman for Trump did not respond to an e-mail asking whether Trump was briefed about the incident before taking the stage.

Clinton was briefed on the incidents shortly after her speech to the Congressional Black Caucus Foundation dinner in Washington.

After landing in suburban New York City, Clinton told reporters she had been briefed “about the bombings in New York and New Jersey and the attacks in Minnesota.” She said, “We need to do everything we can to support our first responders — also to pray for the victims. We have to let this investigation unfold.”

Clinton was referring to a pipe bomb that exploded in a New Jersey shore town and reports of a shooting and stabbing at a Minnesota mall.

Clinton, asked about Trump’s saying that a “bomb” had gone off in New York, said it was “important to know the facts about any incident like this,” adding, “I think it’s always wiser to wait until you have information before making conclusions, because we are just in the beginning stages of trying to determine what happened.”