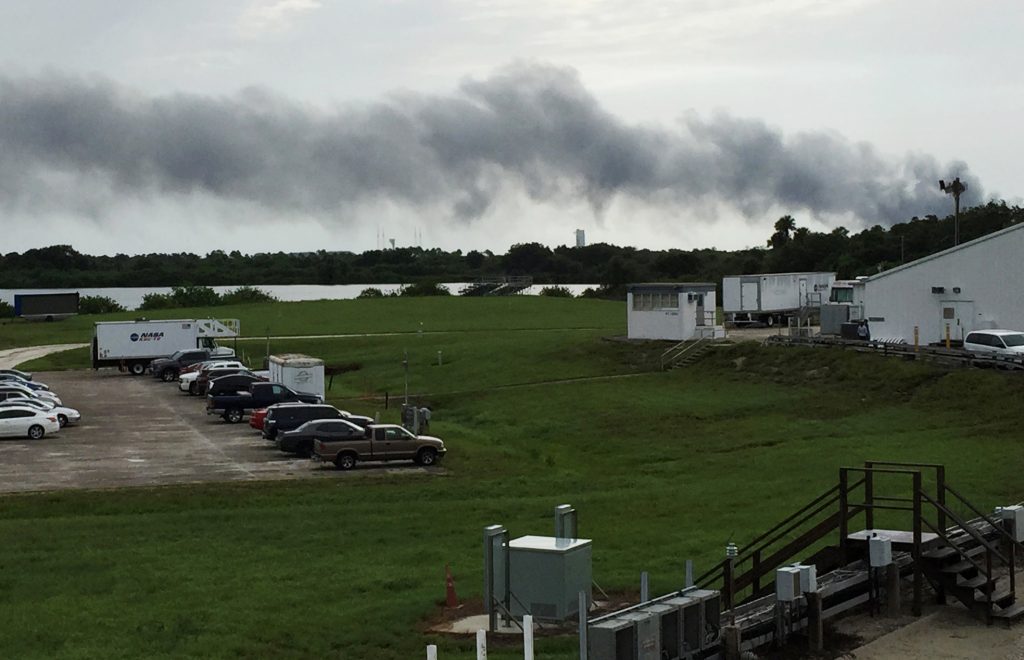 SpaceX is aiming to resume flights in November following a launch pad fire that destroyed a Falcon 9 rocket and an Israeli communications satellite it was due to lift into orbit, the company’s president said on Tuesday.

The space services company suspended Falcon 9 flights while it investigates why the rocket burst into flames on Sept 1 as it was being fueled for a routine prelaunch test at Cape Canaveral Air Force Station in Florida.

“We’re anticipating  being down for about three months, getting back to flight in the November timeframe,” Gwynne Shotwell, president of Elon Musk’s space company, said at a satellite industry conference in Paris.

Shotwell did not elaborate on what repairs to the rocket, if any, would be needed for SpaceX to return to flight in November. The company also has not said how much damage the blast caused to the launch pad and ground support equipment. The accident destroyed the $200 million satellite owned by Israel’s Space Communication Ltd.

NASA on Tuesday said it had no reservations about SpaceX flying at KSC.

“We’re confident that SpaceX will understand and recover from what happened,” Tom Engler, KSC deputy director of Center Planning and Development, told Reuters. “From our perspective, (the accident) changed nothing as far as our planning and implementation activities are concerned.”

A source familiar with SpaceX’s plans said the first flight from the KSC launch pad would be a Falcon 9 rocket, not the debut flight of Falcon Heavy, as previously scheduled. The Falcon Heavy, a 27-engine version of the nine-engine Falcon 9, would most likely fly in the first quarter of 2017.

The customer for SpaceX’s return-to-flight mission has not yet been named. Before the accident, the next satellite slated to fly aboard a Falcon 9 from Florida was owned by Luxembourg-based SES SA. The company could not immediately be reached for comment.

SpaceX’s west coast launch site, located at Vandenberg Air Force in California, also would be ready to support a launch in the November timeframe, the source said.

Before the accident, SpaceX had been targeting a September launch from California for Iridium Communications Inc.

SpaceX has a backlog of more than 70 missions, worth more than $10 billion. Before the Sept 1 accident, Falcon 9 rockets had flown 27 times successfully and failed once.