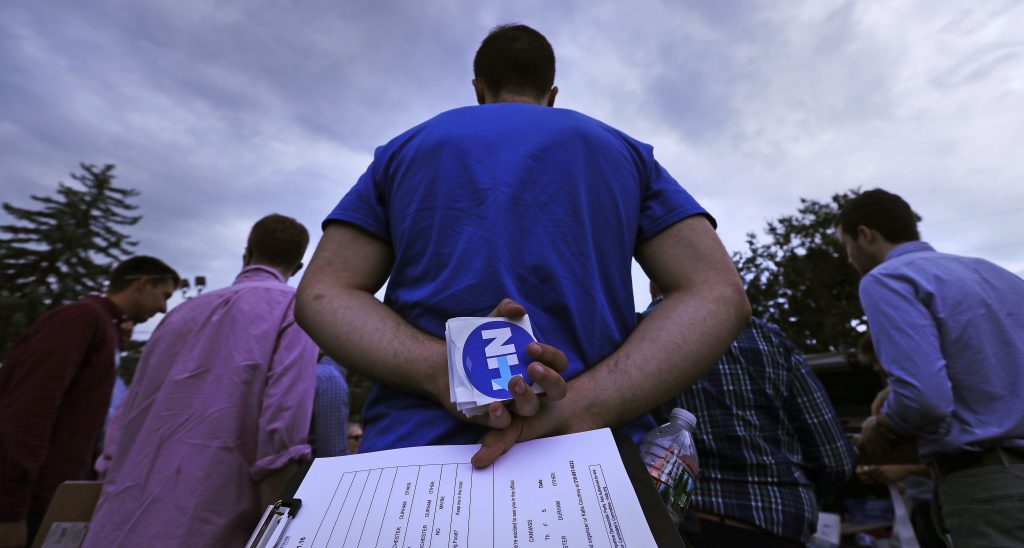 Republicans have gained ground on Democrats in registering voters in three battleground states and kept their razor-thin advantage in Iowa — encouraging news for Donald Trump eight weeks before Election Day.

Republicans added hundreds of thousands of voters to the rolls since 2012 in states including Florida and Arizona, and narrowed the gap in North Carolina, according to data compiled by The Associated Press. In Iowa, Republicans prevented Democrats from surpassing them, aided by a court ruling upholding a ban on voting by ex-felons, who often register as Democrats.

Hillary Clinton’s campaign is staging registration rallies and appealing in particular to non-whites and young people, who are more likely to vote early — if they vote at all. Trump is relying mostly on a base of white voters, urging supporters to be vigilant for voter fraud and “rigging.”

The latest registration numbers aren’t an assurance of new voters for Trump. Some changes reflect those who have died and been removed from the list, while others are inactive, not having voted in recent elections. In Florida, newly registered Hispanics are turning against the Republican nominee, stung by his anti-immigrant rhetoric. And Democrats historically have done well in signing up new voters in the final stretch.

But the figures, when available, offer important clues as to how each party stands.

Iowa is a bright spot for Trump among battleground states, with Republicans now holding an edge of 19,000 total registered voters over Democrats, 691,000 to 672,000. While independents are the most numerous at 755,000, much of the state’s Republican establishment has rallied around Trump.

Meanwhile, both campaigns have heavily targeted Florida, but Democrats have seen their advantage shrink to 258,000 active voters — down from 535,000 in 2012. Overall, Democrats declined to 4.69 million compared to a 4 percent rise for Republicans to 4.4 million, driven by Republican gains among white voters. Registered “no party” independents jumped 13 percent to 2.9 million.