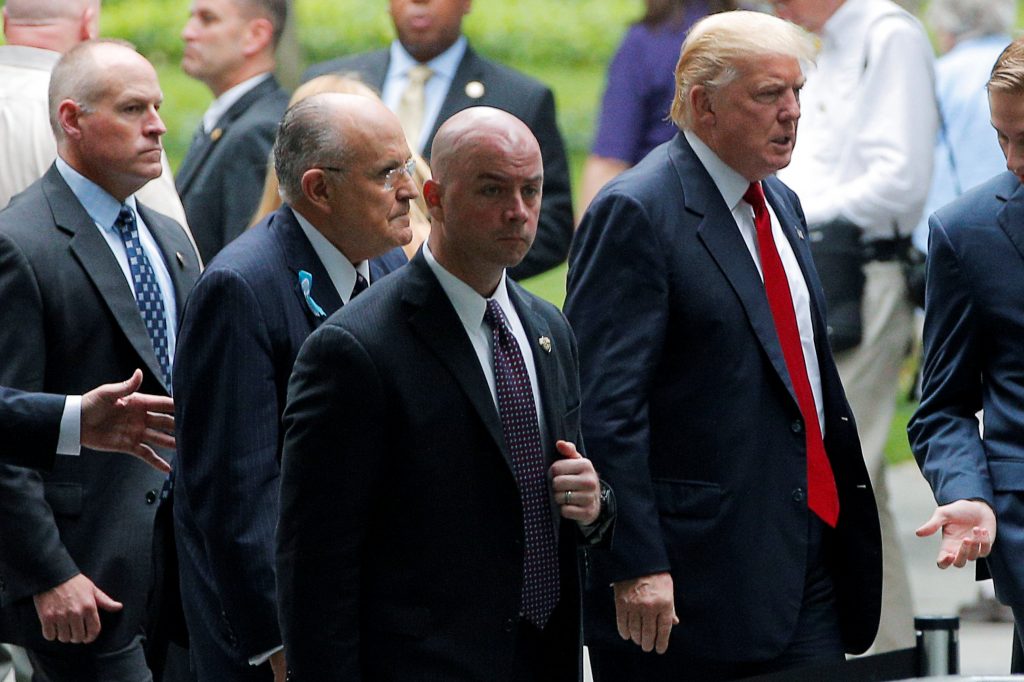 Trump said in a phone interview with Fox News Monday morning that “something’s going on, but I just hope she gets well and gets back on the trail and we’ll be seeing her at the debate.” The first of three debates is scheduled for Sept. 26.

Video captured of the Democratic nominee shows her staggering and slumping forward as she was helped into a van leaving the Sunday ceremony in Manhattan.

Her doctor says she is fighting a case of pneumonia.

Asked if the health of the candidates was an issue, Trump said, “I think it’s an issue. In fact … this last week I took a physical and …. when the numbers come in I’ll be releasing very, very specific numbers.”