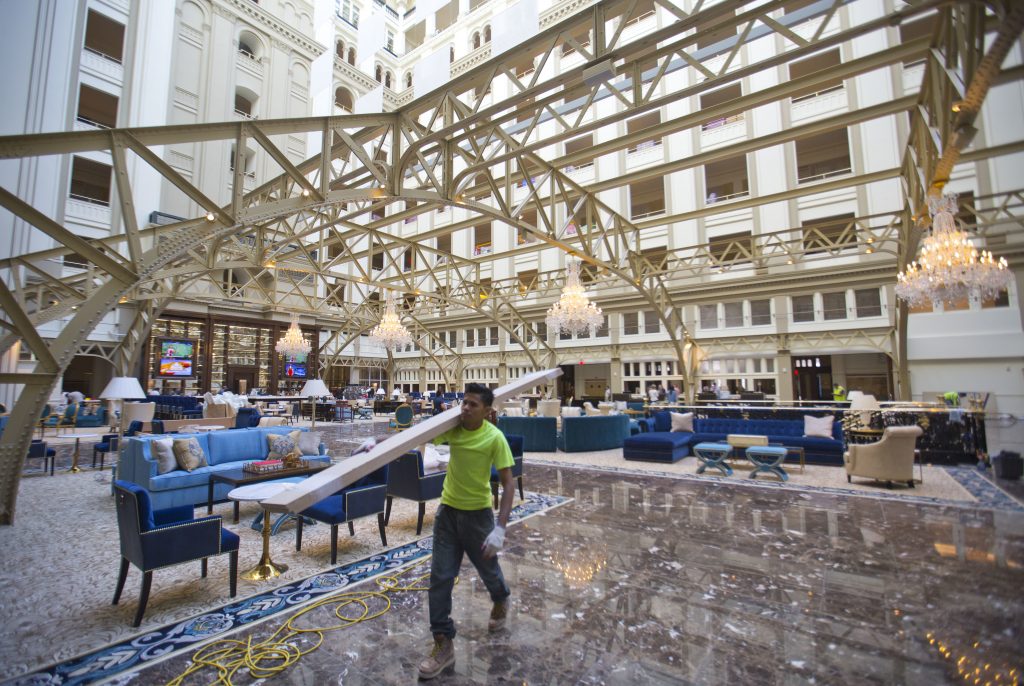 Republican presidential candidate Donald Trump opened the latest outpost in his real estate empire on Monday, a luxury hotel in a historic building five blocks from the White House that underwent a two-year, $200 million renovation.

While staff at the 263-room Trump International Hotel planned little hoopla for what they described as a “soft opening,” about a dozen protesters opposed to the New York real estate developer’s presidential run gathered outside. The opening comes eight weeks before the Nov. 8 election.

The hotel with a $20,000-a-night suite is at 1100 Pennsylvania Ave. and the White House is further along the street at number 1600. The hotel is housed in Washington’s third-tallest building, the 1899 Old Post Office, built in the Romanesque Revival architectural style.

Trump’s daughter Ivanka, who helped negotiate the 60-year lease with the U.S. government and oversaw the building’s revamp and design, said the project had come in a year ahead of schedule and under budget.

“We have really positioned this hotel to not only be the finest hotel in D.C. (District of Columbia) but in the country,” she said in a telephone interview.