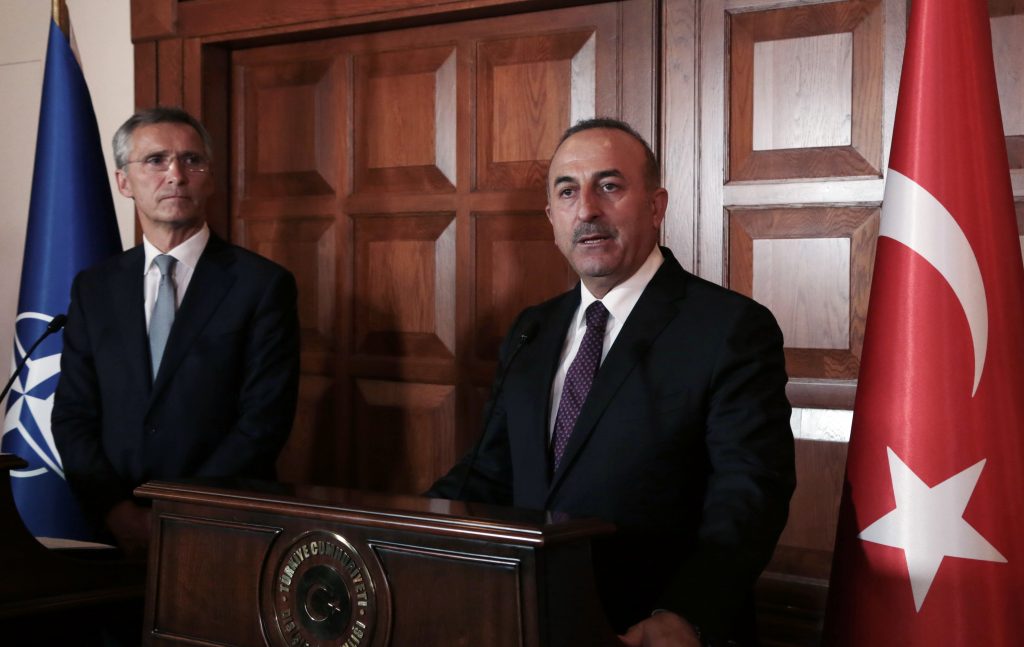 Turkey’s foreign minister has suggested that a landmark deal to stop migrants reaching the European Union can be salvaged despite disagreement on conditions for relaxing visa restrictions for Turkish citizens traveling to the bloc.

Easing concern across Europe, Mevlut Cavusoglu told reporters during a joint news conference with top EU officials Friday that a “common understanding” had emerged and that a consensus could be reached. He said, however, that a “concrete road map” should be worked out to lift travel restrictions.

“I believe that with this understanding we will overcome the problem,” Cavusoglu said after talks with EU’s foreign policy chief, Federica Mogherini, and EU Enlargement Commissioner Johannes Hahn.

Europe’s migration crisis will be a central issue at next week’s EU leaders’ summit in Bratislava, Slovakia, as the member states remain rattled by Britain’s referendum vote to leave the EU and recent gains for the nationalist vote in Germany.

In Athens, the leaders of France, Italy and five other EU Mediterranean countries gathered Friday to discuss immigration and the continent’s debt crisis.

“It’s important to issue a message of cooperation at this important time, following the Brexit vote and with populists and extremists trying to block Europe,” French President Francois Hollande said.

“In the name of Europe, its southern members are facing difficulties on the migration issue … So they must be helped, reinforced, so that we can allow for asylum seekers, but so there can also be an efficient control of immigration.”

More than a million refugees and migrants traveled from Turkey to Greece and on to other EU countries. But numbers have declined dramatically since Balkan nations fenced off their borders and the EU-Turkey deal took effect in March. Border closures have left some 60,000 migrants and refugees stranded in Greece, most in hastily built camps.

Turkey had threatened to scrap the deal — which also promises three billion euros ($3.4 billion) to help support refugees in Turkey — if the EU failed to fulfill by October a promise to grant Turkish citizens the right to visa-free travel.

Plans to loosen visa rules came to a standstill after Turkey balked at the EU’s demand that it relax its anti-terrorism laws, over concerns they could be used to target academics and journalists.

With the EU-Turkey deal still largely holding, Athens is pressing EU members to abide by commitments under a relocation program that has covered less than 10 percent of the 33,000 placements promised to migrants in Greece so far.

Greece was also angered by suggestions it should return to EU immigration rules that existed before last year’s crisis.

A government spokesman on immigration said Athens rejected calls to reactivate the so-called Dublin Regulation, which requires migrants to apply for asylum in the first EU country they reach and would allow other EU members to send asylum-seekers back to Greece.