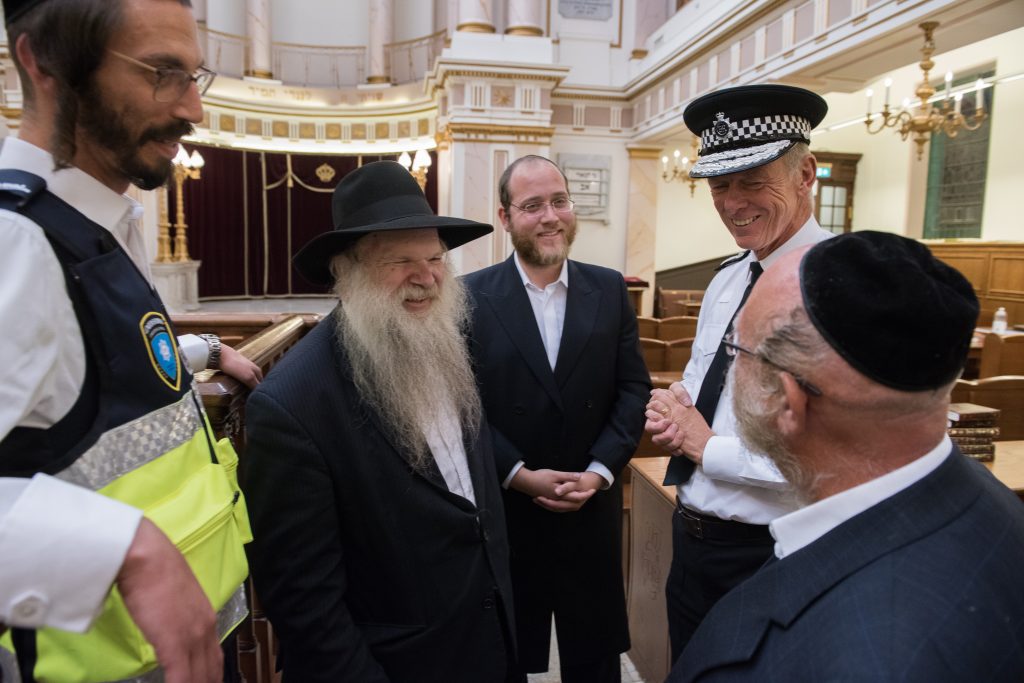 Sir Bernard Hogan-Howe, Commissioner of Police of the Metropolis, visited a number of Torah mosdos in Stamford Hill, London, on Tuesday evening. He came at the invitation of Shomrim North and East London, and participated in a joint foot patrol with Shomrim.

The Commissioner presented Rabbi Hershel Gluck OBE, president of Shomrim, with a letter in which he paid tribute to the organization and its volunteers, acknowledging the help which they give to the Metropolitan Police. He also praised the work they do in fostering community cohesion by working with other faith and community groups in London.