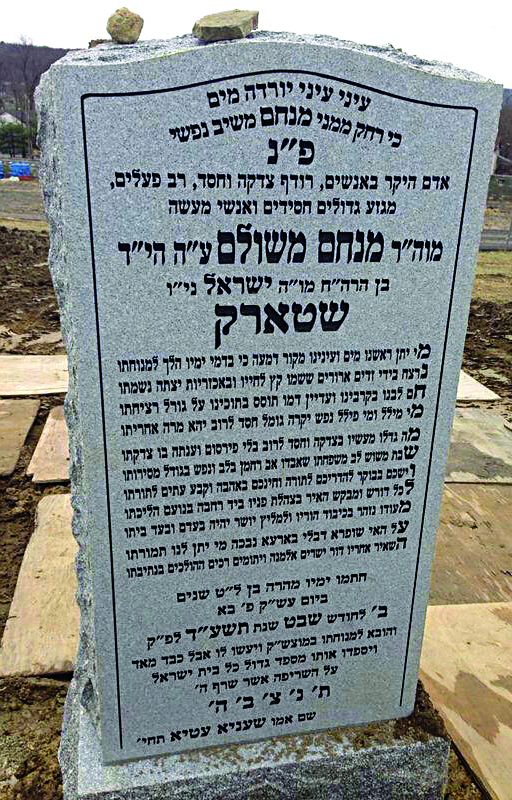 Jurors were shown graphic images of the aftermath of the killing of Menachem Stark, Hy”d, on Thursday, the second day of the trial of Kendel Felix, who is accused of participating in his kidnapping and murder in January 2014.

Felix previously gave police a confession to the murder in which, he said, he was joined by several family members. However, thus far, he is the only person charged in the case.

Felix later pleaded not guilty; his lawyer, Jack Goldberg, argues that the confession was coerced, and that a motorcycle accident six years ago left Felix with a brain injury that made him susceptible to aggressive police questioning. The defense plans to introduce testimony to this effect from mental-health professionals.

On Wednesday, the trial’s opening day, the 10 women and two men on the jury heard testimony related to the kidnapping of Menachem outside his office in Williamsburg, and the discovery of his charred body in a gas station in Great Neck, Long Island.

Witnesses included Menachem’s widow, Mrs. Bashie Stark, who gave emotional testimony regarding her husband’s schedule the night of Jan. 2, 2014, and calling the authorities late that night when her husband, who was supposed to attend a wedding that night, did not come home. Other witnesses included Shomrim members and police detectives who went to Menachem’s office that night after receiving the call from Mrs. Stark; and the gas-station attendant in Great Neck who discovered Menachem’s body. The assailants are believed to have stopped in one gas station, purchased bottles filled with gasoline and then taken Menachem’s body to the second gas station, and set it aflame.

The prosecutors, Howard Jackson and Emily Dean, also showed surveillance video of Menachem entering his office that night, and then being kidnapped when he left.

Dozens of his friends and family members who packed the courtroom on the trial’s opening day burst into tears upon watching the video of Menachem — a 39-year-old father of seven — entering his office for the final time.

On Thursday, the trial’s second day, family members endured what would perhaps be the most difficult day emotionally, as the prosecution showed the photos and videos taken upon the discovery of Menachem’s body. A number of women left the courtroom before the images were displayed; of those who stayed, some were soon in tears.

“It was terrible to see that,” Yitzy Stark, one of Menachem’s nine siblings, told Hamodia. “But we knew they would show those images eventually.” And seeing the actual images, and no longer having to wonder about what the scene looked like, “definitely does bring some closure,” he says.

The Felix family declined to speak with Hamodia.

Jurors also heard testimony Thursday from a number of police officers, detectives and lab technicians who responded to the crime scenes and dealt with video and physical evidence.

The Stark family, who has demonstrated remarkable bitachon throughout this horrific ordeal, are able to see the Hand of Hashem even in this gezeirah.

“There are so many chassadim,” Mrs. Stark said to Hamodia. “It’s a tremendous chessed that there was smoke in the dumpster; otherwise they would never have found the body.”

The Stark family and many friends recall Menachem as a pillar of chessed, a tremendous baal tzedakah and a beloved family man.

“In our family, we knew that if anyone had a problem, we’d go to Menachem,” says his brother Yitzy. “If anyone needed advice, we’d go to him.”

“Menachem was our family’s leader; he was a role model for everyone.”