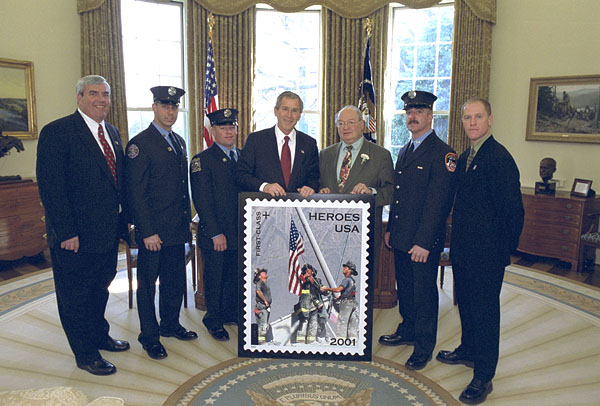 An American flag that firefighters hoisted at Ground Zero in the hours after the 9/11 terror attacks returns to the World Trade Center site after disappearing for more than a decade.

The 3×5-foot flag goes on display Thursday at the Sept. 11 museum in New York.

It was the centerpiece of a photo that became a defining image of patriotic perseverance. The image shows three firefighters raising the flag over the rubble.

The flag was turned in two years ago by an as-yet unidentified man at a firehouse in Everett, Washington.

Painstaking tests and examinations indicated it was indeed the same Star Spangled Banner.