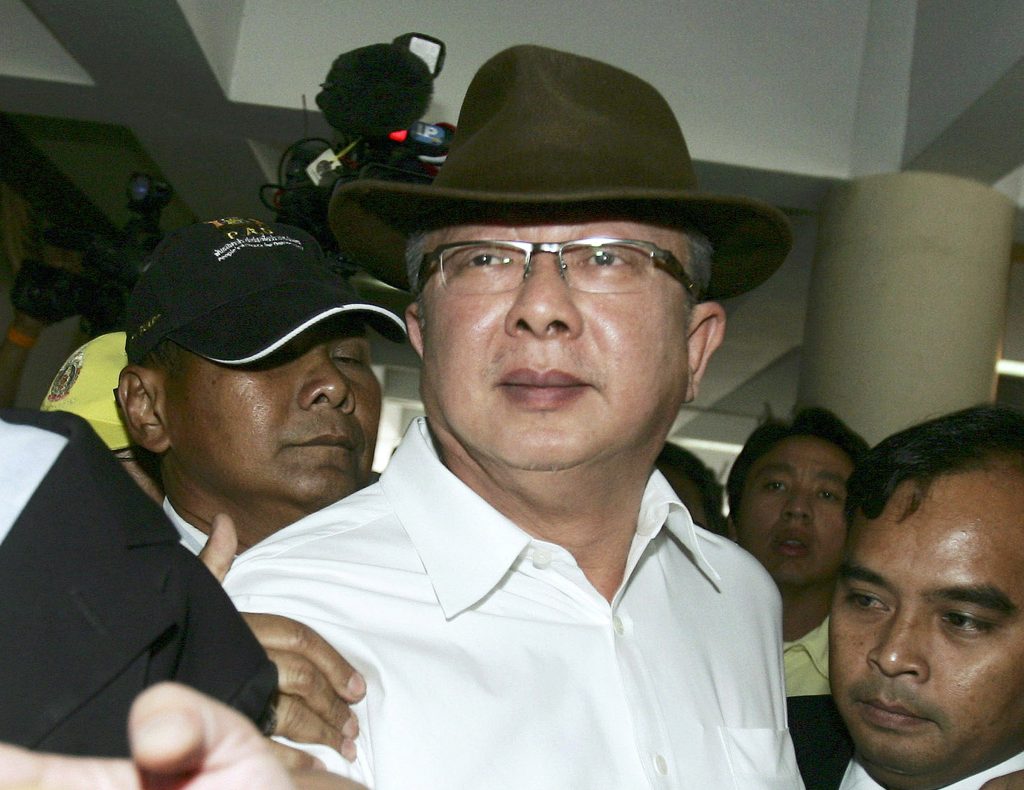 Thailand’s Supreme Court on Tuesday upheld a 20-year prison sentence for fraud for a media tycoon whose successful crusade to oust a prime minister triggered a decade of political violence and instability.

The court affirmed a lower court’s 2012 ruling that Sondhi Limthongkul violated Securities and Exchange Commission regulations in 1996–97 by presenting fraudulent financial data to obtain a large bank loan for one of his businesses.

He was also accused of not informing the Stock Exchange of Thailand and the board and shareholders of the company guaranteeing the loan, which fell into default. Two of his associates in his Manager Group who were involved also had their 20-year sentences affirmed Tuesday.

Sondhi, 68, also was the founder of the People’s Alliance for Democracy, which sought to force then-Prime Minister Thaksin Shinawatra to step down in 2006 for alleged corruption and disrespect toward King Bhumibol Adulyadej. Thaksin was then ousted in a military coup, but his supporters and opponents continue to contend for power.

Sondhi was one of a generation of Thai business entrepreneurs who built their empires during the boom years of the late 1980s and early 1990s, taking advantage of a loose regulatory climate. He expanded a mostly print-based media empire focusing on business coverage and diversified into other fields, including satellite communications and tourism. His circle of up-and-coming businessmen friends included Thaksin, who was a pioneer in the mobile phone sector as well as cable.

Sondhi, whose holdings were overextended and highly leveraged, was struck hard by Asia’s 1997 financial crisis, which devastated even established Thai banks and businesses. Thaksin, who had already entered politics by that time, retained most of his fortune and used it to build his own political party, which won the 2001 general election and put him into the prime minister’s seat.

Friendly relations between the two men soured as Thaksin failed to carry out appointments and actions that Sondhi had sought, and by late 2005, Sondhi was leading small rallies attacking Thaksin. When other critics of Thaksin joined his crusade, the movement expanded and the People’s Alliance for Democracy was formed. It was often called the Yellow Shirts because it adopted the royal color. Army and palace disenchantment with Thaksin took advantage of the pressure to stage a coup in September 2006.

Thaksin’s political allies regained power in a 2007 election, and the People’s Alliance for Democracy became more militant in 2008, taking over the prime minister’s office for three months and Bangkok’s two airports for about two weeks. Royalist courts threw two Thaksin-friendly prime ministers out of office and political maneuvering then put the anti-Thaksin Democrat Party in power. The aggressive actions began to be mimicked by Thaksin’s supporters, leading to their often violent shutdown of central Bangkok in 2010, which ended when the army used deadly force to clear the streets.

In April 2009, Sondhi’s car was ambushed by unknown gunmen and he was gravely wounded but survived. He lowered his political profile after that, and was largely out of the picture when a new anti-Thaksin movement, the People’s Democratic Reform Committee, arose in late 2013 to try to drive Thaksin’s sister, Yingluck Shinawatra, from her prime minister’s job, culminating in another army coup in May 2014. Sondhi and his associates still face various charges in connection with their militant political activities in 2008.