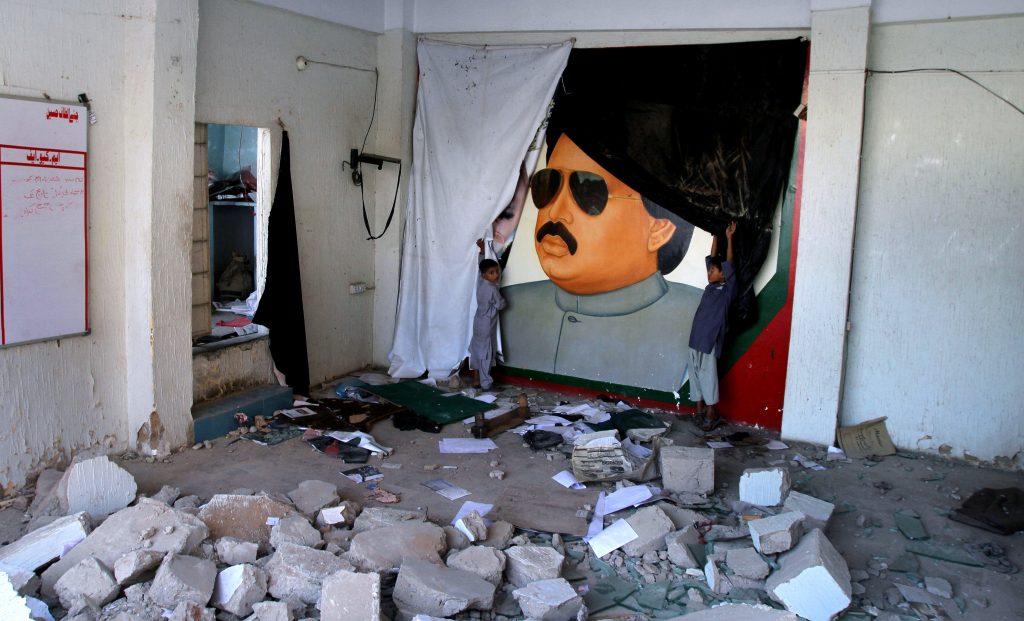 A Pakistani government minister says authorities in the port city of Karachi have demolished over 100 offices of a political party whose leader spoke from self-imposed exile against Pakistan last month.

Jam Khan, the provincial minister for local government, says Tuesday’s action against Muttahida Qaumi Movement, or MQM, was launched after last month’s speech by the movement’s leader, Altaf Hussain, from London, in which he incited supporters to violence.

Khan says the ongoing crackdown is not just “MQM specific” and that any illegal offices of other political parties will also be shuttered.

MQM mainly represents ethnic Mohajirs, who fled to Pakistan from India during 1947’s partition, and it dominates politics in Karachi.