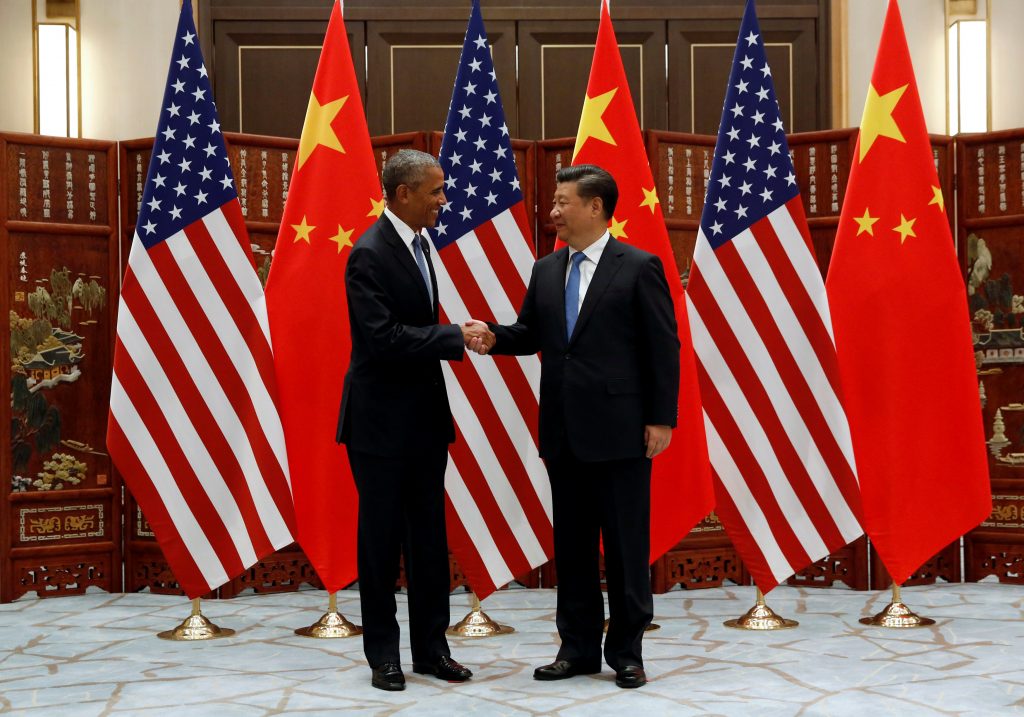 China announced on Saturday that it has ratified the emissions-cutting agreement reached last year in Paris, giving a big boost to efforts to bring the accord into effect by the end of this year.

The United States was also expected to announce that it was formally joining the Paris Agreement in advance of the Group of 20 summit that starts Sunday in the eastern Chinese city of Hangzhou. Obama landed in Hangzhou Saturday.

While tensions have risen between Beijing and Washington during Obama’s term over issues including cyber hacking, the South China Sea and the planned deployment of a U.S. anti-missile system in China’s neighbor South Korea, combating climate change is one area where both countries have stressed they can work together.

Both were key to getting an agreement in Paris last year. To build momentum for a deal, they set a 2030 deadline for emissions to stop rising and announced their “shared conviction that climate change is one of the greatest threats facing humanity.”

China had said in April that it would ratify the Paris Agreement, negotiated by representatives of 195 nations in Paris last year, before its hosting of the G-20 summit. The agreement goes into force when joined by at least 55 nations that produce a total of 55 percent of global emissions.

Before China’s announcement, 23 countries had ratified or otherwise joined the agreement, representing just 1 percent of global emissions, according to the World Resources Institute.

Li Shuo, senior climate policy adviser for the environmental group Greenpeace, said Saturday that the two countries acting on the agreement was “a very important next step.”

If the agreement is eventually adopted, he said, “we’ll have a truly global climate agreement that will bind the two biggest emitters in the world.”

The agreement’s long-term goal is to keep global warming below 3.6 degrees Fahrenheit, compared with pre-industrial times. It has an aspirational goal of limiting the temperature rise to 2.7 degrees. Temperatures have already risen by almost 1.8 degrees since the industrial revolution.

Under the Paris Agreement, countries are required to set national targets for reducing or reining in their greenhouse gas emissions. Those targets aren’t legally binding, but countries must report on their progress and update their targets every five years. The first cycle begins in 2020. Only developed countries are expected to slash their emissions in absolute terms. Developing nations are “encouraged” to do so as their capabilities evolve over time.