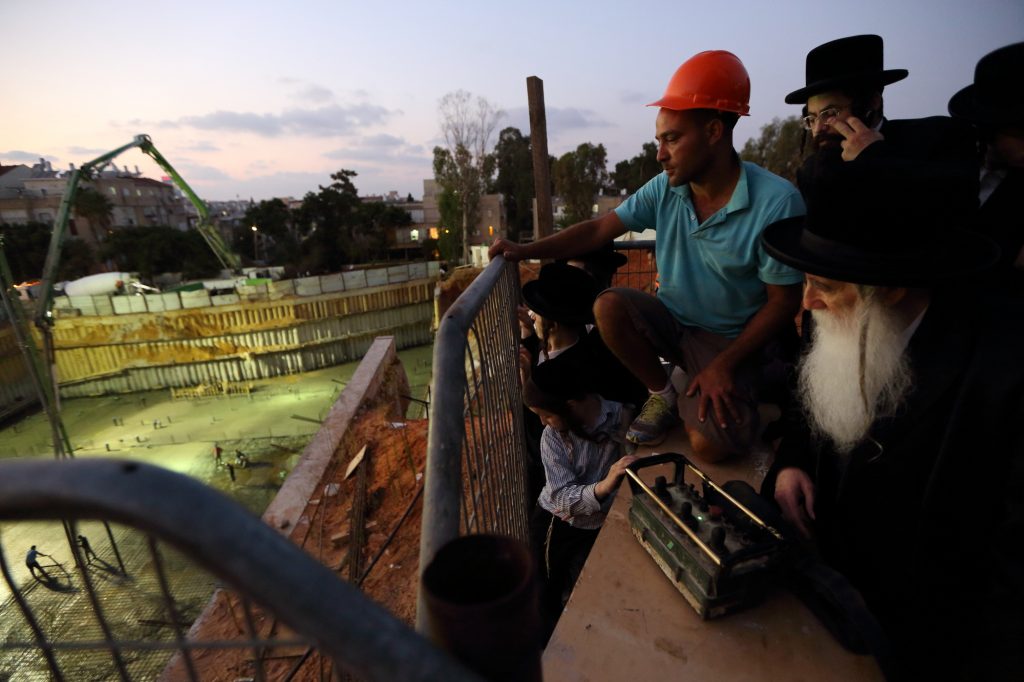 At the construction site of his up-and-coming new beis medrash in Bnei Brak, the Machnovka-Belz Rebbe, shlita, led the recital of the fourth sefer of Tehillim, which was followed by the special Yehi Ratzon. The Rebbe then pressed the button to pour the cement for the floor of the main heichal – the groise shtib as it is known in Belz.

Work on the new beis medrash is ongoing.