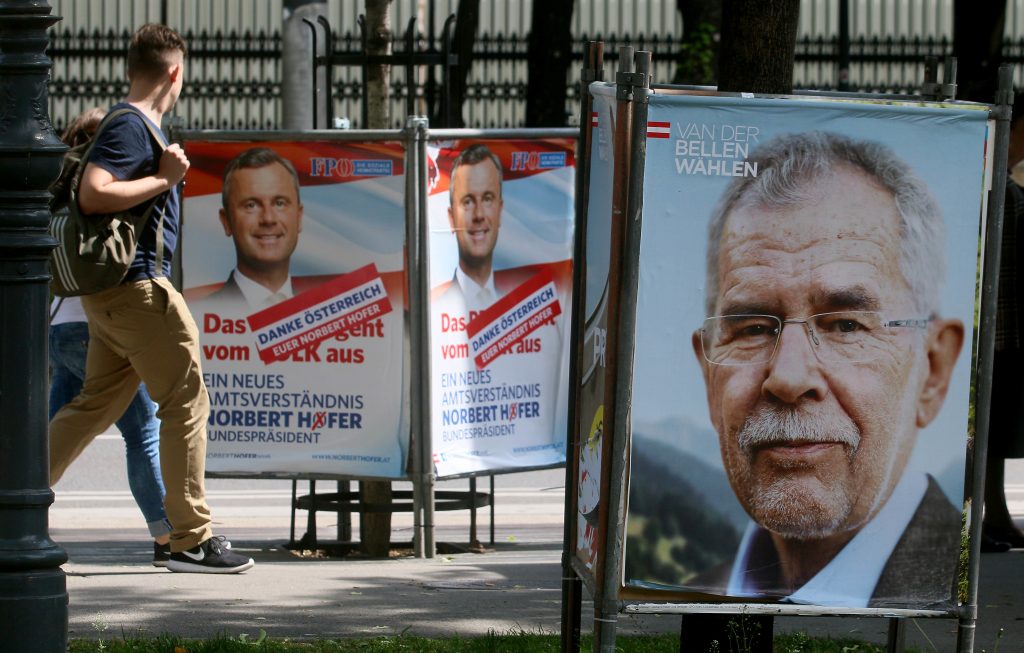 The far right is ahead in Austria’s presidential race, according to opinion polls which predict a win for the anti-immigration candidate that would be a watershed for populists across Europe who have capitalized on the migration crisis.

Ahead of the Oct. 2 election, the Freedom Party’s (FPO) Norbert Hofer is just ahead of his independent rival, Alexander Van der Bellen, who narrowly beat Hofer in a previous run-off vote in May that was annulled.

Concerns about security and national identity as well as dissatisfaction with traditional, more centrist parties, have fueled support for the FPO as well as the Front National in France and the far-right party, Alternative for Germany (AfD).

A poll of 600 people published by the Oesterreich tabloid showed the average support for Hofer at 53 percent, one point higher than a poll in late July, versus 47 percent for former Greens head Alexander Van der Bellen.

Another poll, of 778 people, with a margin of error of 3.6 percent, published by newspaper Kurier, found 38 percent thought Hofer would win while 34 percent expected that Van der Bellen would.

In polls for parliamentary elections set for 2018, the FPO regularly attracts more than 33 percent, ahead of both ruling centrist parties. Hofer, whose party argued against joining the European Union in a referendum on membership in 1994, has said Austrians should hold a vote on leaving the bloc if Turkey were to join or if significantly more political power were transferred to Brussels.

The Freedom Party challenged the previous run-off result, which showed Van der Bellen winning by 31,000 votes. A court decided the election had to be rerun due to sloppiness in the count, although no evidence of manipulation was found.

Although Austria’s president plays a largely ceremonial role, he can dismiss the cabinet.