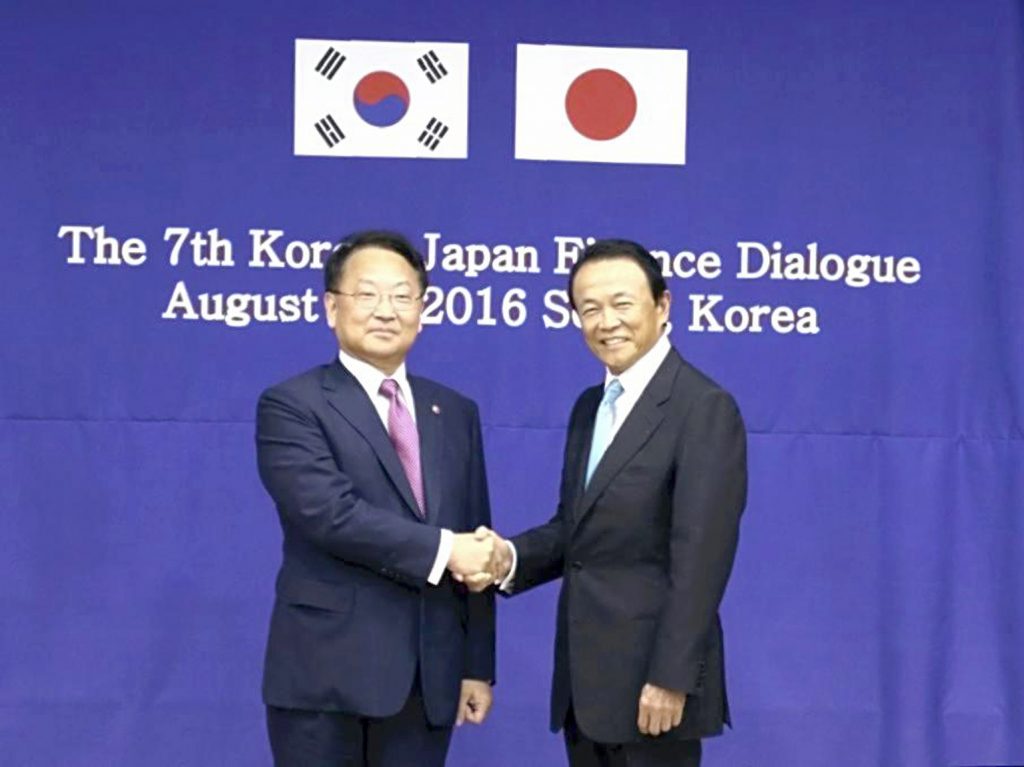 The agreement was reached on Saturday in Seoul at a session of the officials’ dialogue about economic and financial issues.

The previous pact expired in February last year after the two countries’ relationship worsened. The proposal for resuming it was made by the South Korean side.

The recent improvement in the bilateral relationship is believed to have led to the Saturday agreement. The national governments will coordinate on the timing for signing a new pact and the content of the agreement.

Saturday’s meeting was the seventh session of the financial leaders’ dialogue since May last year. It was attended by Japanese Finance Minister Taro Aso and South Korea’s Strategy and Finance Minister Yoo Il Ho, among other attendees from both sides.

After the meeting, Aso said to the press: “The currency swap pact could stabilize the regional financial market. We share the desire to boost economic cooperation between Japan and South Korea.”

At the beginning of the latest session, Yoo said, “We may have a different opinion on some topics, but we’ll remain committed to efforts for strengthening our economic and financial cooperation.”

Japan and South Korea signed the previous pact in 2001, and later strengthened it amid global problems including the European economic crisis. However, it expired last year amid the deteriorated bilateral relationship.