Politics Gary Johnson: US Election So Nuts I Just Might Win
Politics 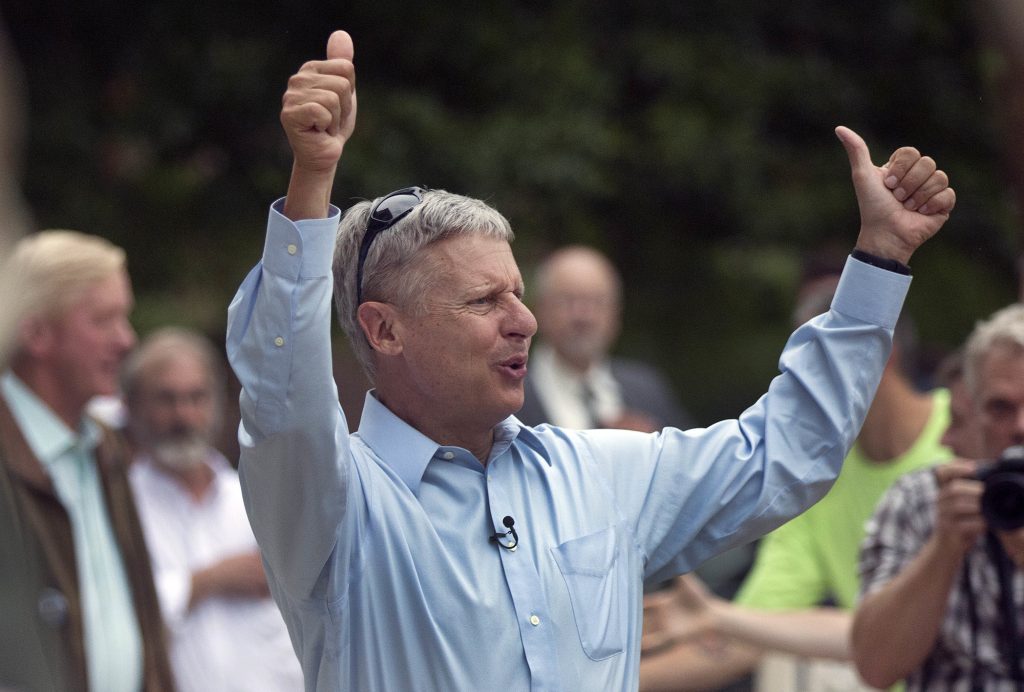 Libertarian Gary Johnson’s plan for capturing the White House hinges on voters following through on polls suggesting they dislike the Republican and Democratic presidential nominees more than in any election year in history.

“You know how crazy this election cycle is?” Johnson told Chris Wallace on Sunday.” “I might be the next president.”

First, Johnson, the former Republican governor of New Mexico, has to be allowed into the nationally debates that for now are set to feature only Democrat Hillary Clinton and Republican Donald Trump. Johnson conceded it’s “game over” if he doesn’t secure a place on the podium.

To get there, the Commission on Presidential Debates requires candidates to secure 15 percent support in five national polls. According to Real Clear Politics’ average of recent polls, Johnson is at 8.1 percent, though he noted he has climbed to 10 percent in five polls identified by the commission and is hitting 16 percent in five states.

The debates begin Sept. 26 at Hofstra University in New York.

Americans want to see Johnson get the chance to take on Clinton and Trump, in far greater numbers than those who say they’d vote for him. In the latest Quinnipiac University poll, 62 percent of respondents said Johnson should be included in the debates.

Johnson says his goal is to win the presidency outright, but there’s another path to the presidency for a third-party candidate. If neither of the mainstream candidates secure a majority — 270 — of electoral votes, the decision would be punted to the House of Representatives.

Johnson and his running mate, former Massachusetts Governor Bill Weld, depart from libertarian principles in some respects, to the dismay of party purists. They have tried to marry the party’s philosophies of limited government and individual freedom with the fiscal conservatism espoused by Republicans and social views embraced by Democrats.

Johnson wants to replace the corporate and income taxes with a national sales tax, arguing that such a levy with a “prebate” sent to households on a monthly basis would “create tens of millions of jobs”

Johnson said he and Weld are “really skeptical about intervening militarily to achieve regime change that I think has resulted in a less-safe world.” He supports the Trans Pacific Partnership trade deal, putting him at odds with both Trump and Clinton, who have vowed to negotiate better deals.

Where Trump’s evolving position on immigration still has him building a wall along the U.S. border with Mexico, Johnson says it should be easier for foreigners to enter the U.S. on work visas after clearing background checks. “These are hard-working individuals who are taking jobs that U.S. citizens don’t want,” he said.

Polarization in Congress is sure to be even worse if either Trump or Clinton is elected, Johnson says. “Our pitch is the third alternative, which is a couple of Libertarians in the middle hiring a bipartisan administration, everybody Libertarian-leaning,” he said. “I think you can make a case that that third scenario might work.”