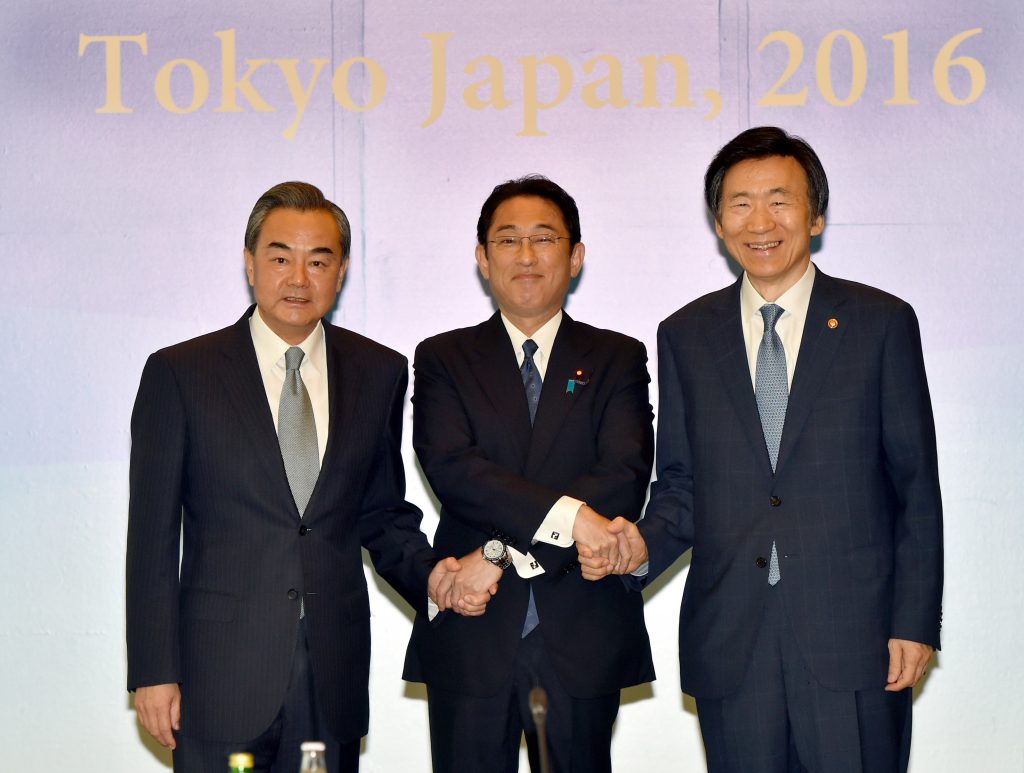 The foreign ministers of China, Japan and South Korea criticized North Korea’s latest submarine missile test on Wednesday during their annual talks that were held amid lingering frictions over territorial disputes and wartime history.

North Korea fired a ballistic missile from a submarine into the Sea of Japan, South Korean and U.S. officials said.

Seoul officials condemned the launch as an “armed protest” against the start of annual South Korean-U.S. military drills that North Korean calls an invasion rehearsal. The launch was also the latest in a series of missile, rocket and other weapon tests by North Korea, which is openly pushing to acquire a reliable weapon capable of striking targets as far away as the continental U.S.

Kishida said Tokyo lodged a protest to the North over the missile, and urged his counterparts to step up cooperation as they face this latest development. “I hope to coordinate closely in order for Japan, China and South Korea to lead the efforts of the international community,” he said.

Yun said that North Korea’s repeated missile tests this year “demonstrated a rapid advancement of capability” and that he shared his counterparts’ concern over the “urgent situation.” He said the three countries should show unity in tackling the problem.

Wang said the three neighbors, despite problems and difficulties between them, should work together to deal with regional threats like North Korea’s missile and nuclear ambitions. “China opposes North Korea’s nuclear and missile process, actions that cause tension on the Korean Peninsula,” Wang said in a joint news conference.

The three countries have quarreled on a number of issues, and their foreign ministers’ meetings resumed only last year after a two-year hiatus because of strained Chinese-Japanese relations.

Tensions between Tokyo and Beijing also remain high over the disputed East China Sea islands, while China and South Korea have also been at odds recently after Seoul approved the deployment of a U.S. missile defense system (against North Korea’s threats) that Beijing says will harm its security.

During Wednesday’s talks, the ministers apparently focused more on the areas where they can cooperate, including disaster prevention, people exchange and the environment, rather than discussing the thorny issues, which are expected to come up at their separate bilateral talks later in the day.