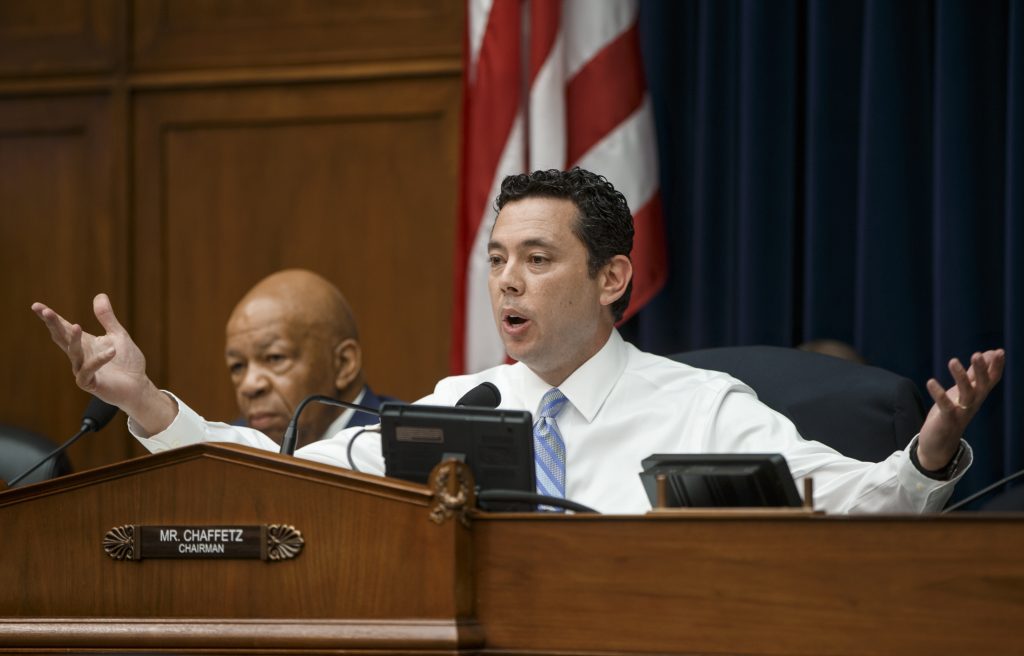 House Republicans unwilling to accept the FBI’s decision to not recommend prosecuting Hillary Clinton over her use of a private email server continue to pepper the agency with requests for more details of its investigation.

That revelation came during an oversight hearing July 7 that lasted five hours in which Comey told Chaffetz that Clinton’s attorneys, who did not have security clearances, had access to classified information.

In a letter to Comey, Chaffetz asks the agency to provide information on whether the FBI investigated the possibility that classified information was improperly accessed by her staff or her attorneys and whether it was conducting any related investigations.

While Comey called the mishandling of classified information “extremely careless,” he maintained Clinton did not willfully intend to violate any laws through the use of the unauthorized email server that was located in the basement of her home in New York.

Republicans deeply unsatisfied with the FBI’s conclusion are jumping at any opportunity to question the agency’s investigation into the Democratic presidential nominee while she served as secretary of state.

The House Judiciary Committee plans to hold a hearing in which it will ask Comey to testify in September, a Republican committee aide said.

Before Congress broke for recess, the Judiciary Committee questioned Attorney General Loretta Lynch for another five hours over her decision to take up the FBI’s recommendation to not prosecute Clinton days after she met privately with former President Bill Clinton on a private plane while they were both on the tarmac at Phoenix Sky Harbor Airport.

On Monday, Rep. Lamar Smith, R-Texas, with the support of Sen. Ron Johnson, R-Wis., subpoenaed three companies that provided software and services that played a role in maintaining Clinton’s private email server. Smith cited the failure of the companies to comply with the committee’s request for interviews and information about the structure and security of the private email system.