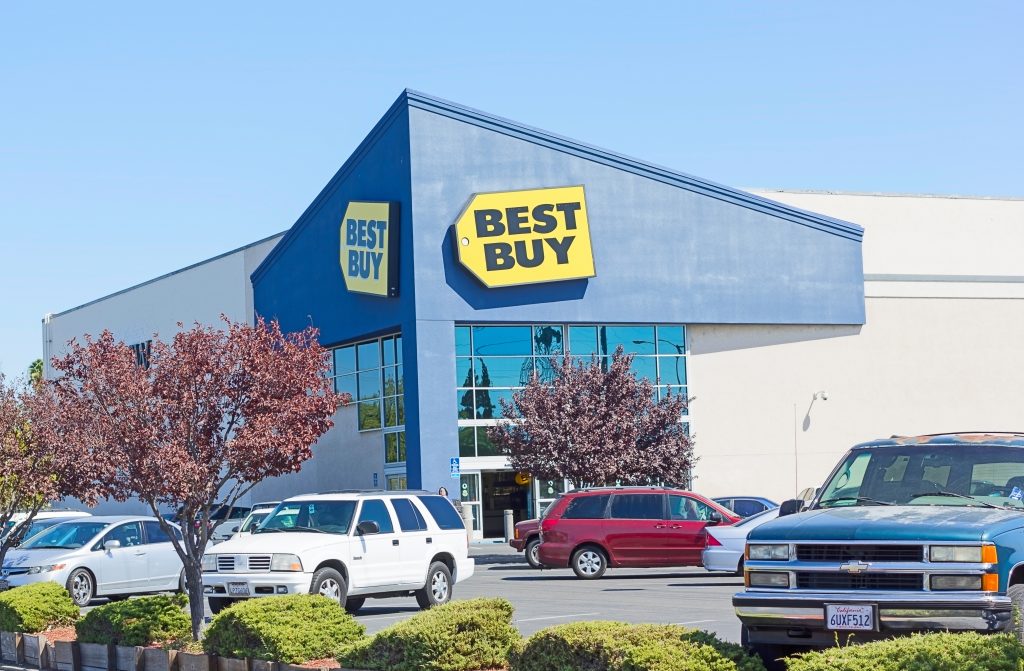 Its shares soared 19 percent after the company said online sale rose 24 percent to $835 million, a beacon for investors who have watched Amazon.com eat away at the sales of almost every traditional retailer.

Revenue at established stores, an important measure of a retailer’s health, also managed a gain of 0.8 percent when Wall Street, according to a survey by FactSet, had expected a decline of 0.4 percent. The company has been working on revamping its stores and improving sales staff training to convert browsers into buyers.

“Customer focus is a key part of our strategy, so as we look ahead you will see us focus more and more on building these relationships,” Chairman and CEO Hubert Joly said after the earnings report.

Sales of health trackers grew, as did those of home theaters and appliances as the U.S. real estate market has surged. New-home sales have climbed 12.4 percent so far this year, and demand has eclipsed the pace of construction.

Those strengths offset declining sales of mobile phones and video games. Smartphone sales overall have been in a malaise because of a lack of new products and innovations, and Best Buy has lost some traffic as shoppers aren’t coming in to research products. But Joly said mobile phone sales did better than feared, a contrast to comments from Target Corp. earlier this month that consumer electronics were a big drag on sales.

Skeptics had been ready to write Best Buy’s obituary just a few years ago, expecting it to follow its failed former rival Circuit City as it battled the penchant of shoppers to use the store as a browsing showroom and then buy online. Under Joly, who took the helm in 2012, the company has been cutting costs and improving stores and training. Best Buy is also working to forge deeper partnerships with its suppliers like Samsung.

For online sales, it’s shipping goods from all of its stores, which means speedier deliveries. It also recently narrowed the delivery window for online shoppers buying appliances. They now can pick a four-hour time frame instead of waiting all day.

It’s also been expanding virtual reality merchandise for the shopping season, and more than 500 stores will be equipped with demonstrations so customers can try out the technology. Joly said that will help create Best Buy as a destination, but he doesn’t believe the technology will significantly affect the company’s sales for now.

The company is also testing out having classes at the stores, on topics like maximizing a customer’s Wi-Fi.

Earnings adjusted for one-time gains and costs came to 57 cents per share, 15 cents better than Wall Street had projected, according to a poll by Zacks Investment Research.