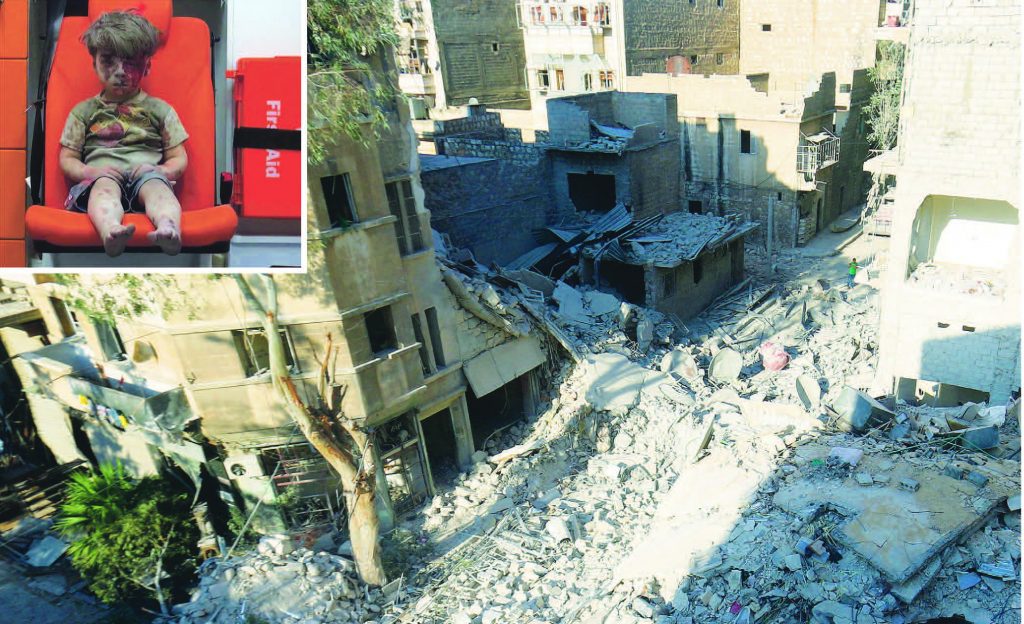 The older brother of the Syrian boy whose image, dazed and bloodied after an air strike, shocked people around the world, has died in Aleppo from wounds sustained in the same incident, a war monitor and a witness said.

Ali Daqneesh, 10, was wounded in Wednesday’s air strike, according to the Syrian Observatory for Human Rights, a U.K.-based monitoring group, and a witness who was present at the time of the death along with the boys’ father.

He had internal bleeding and organ damage, doctors told the witness.

His younger brother, five-year-old Omran Daqneesh, was pictured in the back of an ambulance after being pulled from the rubble, with an expression of incomprehension on his dust- and blood-caked face.

The video and pictures were widely circulated online and in the media, refocusing public opinion on Syria’s five-year-old civil war and the plight of civilians, particularly in Aleppo.

Russian and Syrian warplanes have intensified their air strikes on the rebel-held east of the city since insurgents made an advance last month, breaking an effective siege.

Fighting and air strikes in and around Aleppo have killed 448 civilians so far this month, the Observatory said.

Rebels, supported by the United States, Turkey and Gulf Arab nations, have been fighting since 2011 to oust President Bashar al-Assad, who is supported by Russia and Iran. Russia began air strikes last September.

On Friday, the World Food Program described the situation in besieged areas as “nightmarish,” amid growing international concern over the humanitarian cost of the war in Syria.

Russia on Thursday said it supported the idea of weekly 48-hour cease-fires to allow humanitarian aid to enter besieged parts of Aleppo, a plan the rebels also cautiously welcomed.