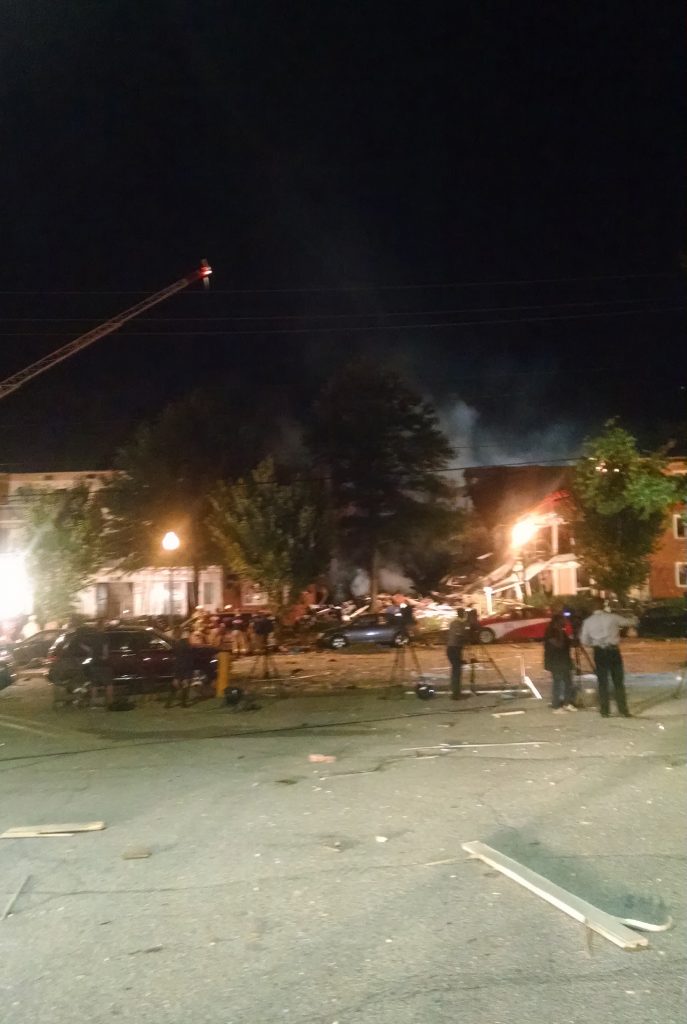 Dozens of people, including three firefighters, were injured after a large fire at an apartment complex in a Maryland suburb of Washington and searchers are looking for up to seven people who were still unaccounted for, authorities said Thursday.

“People were dropping children and jumping out of other windows,” Goldstein said. “Everybody was getting out of the building as rapidly as possible.”

About 30 people and three firefighters were injured, with the injuries ranging from minor to serious, Goldstein said.

Goldstein said natural gas furnaces and stoves are in each of the units. It took at least an hour and 45 minutes to put out the blaze and Washington Gas helped safely turn off gas, he said. About 90 people were displaced and a shelter was opened at a community center nearby. Residents of nearby buildings that were not affected by the fire were allowed to return to their homes after several hours.

Hours after the fire, smoke still was rising from the four-level garden-style apartment building. Firefighters were sifting through collapsed debris and a ladder truck remained extended to the building’s upper levels.

Searchers will deploy resources such as robots as they search the more unstable areas, Garcia said.

A canine team searching the rubble of the apartment complex had a “hit” in one location, which could indicate someone is trapped there, Goldstein said.

County officials are investigating along with the Bureau of Alcohol, Tobacco, Firearms and Explosives, Garcia said.