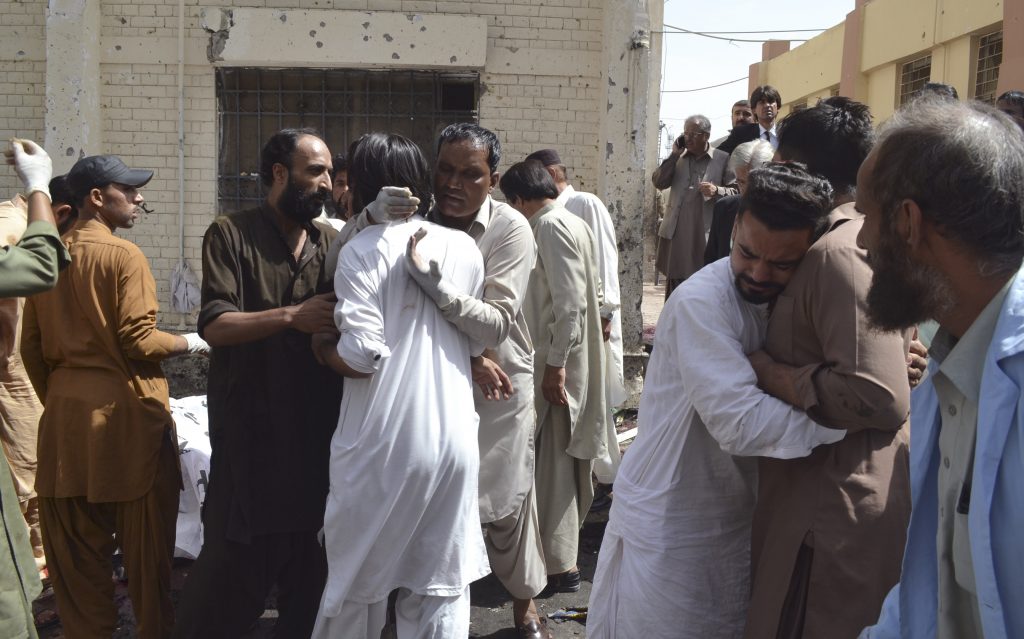 A suicide bomber in Pakistan killed at least 60 people and wounded dozens more in an attack on mourners gathered at a hospital in Quetta, according to officials in the violence-plagued southwestern province of Baluchistan.

The bomber struck as more than 100 mourners, mostly lawyers and journalists, crowded into the emergency department to accompany the body of a prominent lawyer who had been shot and killed in the city earlier in the day, Faridullah, a journalist who was among the wounded, told Reuters.

A Pakistani doctor says the death toll from the suicide attack on the hospital in the southwestern city of Quetta stands at 63.

Abdul Rehman, the director of the Quetta Civil Hospital, says they are also treating 92 wounded people following the explosion.

He says most of the victims of the bombing are lawyers. No group has so far claimed responsibility for the attack in the Baluchistan provincial capital.

“There are many wounded, so the death toll could rise,” said Rehmat Saleh Baloch, the provincial health minister.

The motive behind the attack was unclear and no group had yet claimed responsibility, but several lawyers have been targeted during a recent spate of killings in Quetta.

The latest victim, Bilal Anwar Kasi, was shot and killed while on his way to the city’s main court complex, senior police official Nadeem Shah told Reuters. He was the president of Baluchistan Bar Association.

The subsequent suicide attack appeared to target his mourners, Anwar ul Haq Kakar, a spokesman for the Baluchistan government, said. “It seems it was a preplanned attack,” he said.

Police cordoned off the hospital following the blast.

Aside from a long-running separatist insurgency and sectarian tensions, Baluchistan also suffers from rising crime.

Quetta has also long been regarded as a base for the Afghan Taliban, whose leadership has regularly held meetings there in the past. In May, Afghan Taliban leader Mullah Akhtar Mansour was killed by a U.S. drone strike while traveling to Quetta from the Pakistan-Iran border.