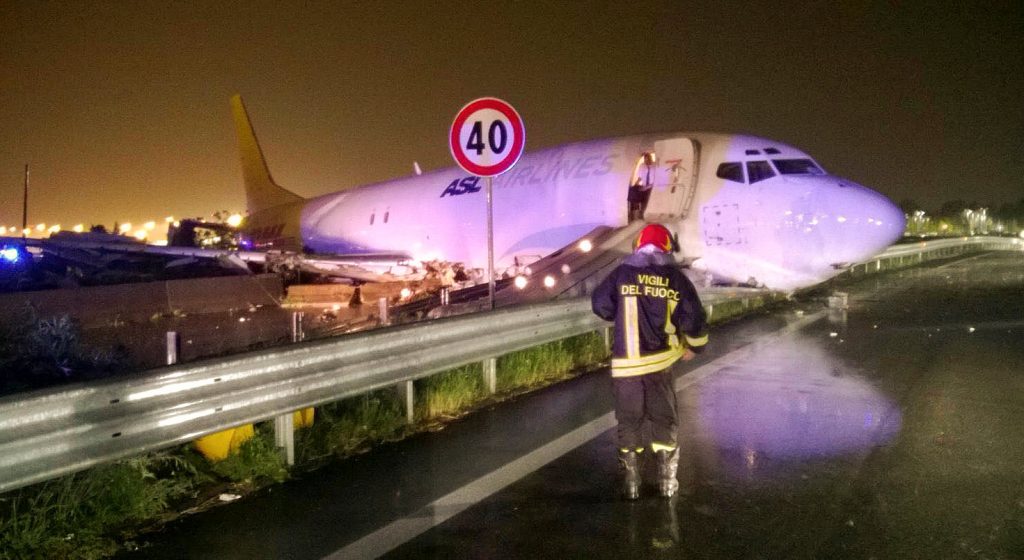 A DHL cargo plane skidded off a runway at Bergamo’s Orio al Serio airport overnight, its nose busting through a perimeter fence and onto a provincial highway. Officials said no one was injured.

The low-cost airline and cargo hub near Milan was closed for about 2½ hours early Friday, creating delays during the busy summer travel period. Some flights were rerouted to Milan’s Malpensa airport.

Italian aviation officials said the Boeing 737-400 overshot the runway on landing from Paris’ Charles de Gaulle airport just after 4 a.m. The pilot and first officer were both uninjured. The cause was under investigation.

The Bergamo airport is Italy’s third-busiest, with over 10 million passengers passing through last year.