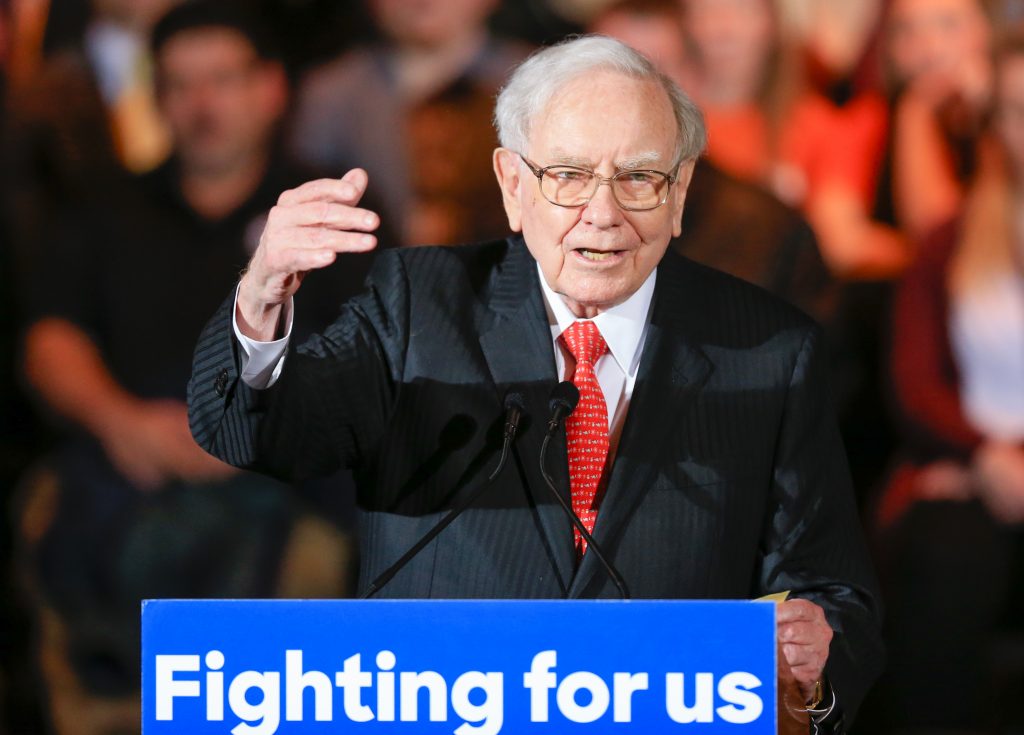 Billionaire investor Warren Buffett says he’ll do whatever it takes to defeat Donald Trump — including escorting people to the polls himself.

“I will take at least 10 people to the polls who would otherwise have difficulty getting there,” said Buffett, adding that he had reserved a 32-seat trolley for the day with a goal of getting the highest-percentage turnout of any congressional district in the country. “Let’s give America a civics lesson.”

Nebraska is one of two states that assign some electoral votes based on the results within congressional districts. While the state is Republican overall, President Barack Obama won a vote here in 2008 in the more liberal district where Clinton appeared Monday, which includes Omaha and the suburbs. The boundaries have since been redrawn to make the district less blue.

The Midwestern stop came amid a clash between Trump and a Muslim-American family who spoke against him at the Democratic National Convention. Trump responded by attacking Khizr and Ghazela Kahn, whose son served in the U.S. Army and was killed in Iraq in 2004.

Buffett called Trump’s comments “the final straw,” arguing that his family had not sacrificed like military families.

Before several thousand people gathered at an Omaha high school, Buffett challenged Trump to agree to a meeting where they would both release their tax returns. He also said that after Trump listed his casino and hotel company on the New York Stock Exchange in 1995, investors lost money, even though “in 1995 when he offered this company, if a monkey had thrown a dart at the stock page, the monkey on average would have made 150 percent.”

Buffett repeated long-held assertions that the tax code favors the wealthy, which Clinton echoed, pledging to pay for new programs through more taxes on the rich. Clinton also continued the assaults on Trump, criticizing him for making products overseas. She promised to “support the kind of small businesses that Donald Trump has consistently stiffed.”