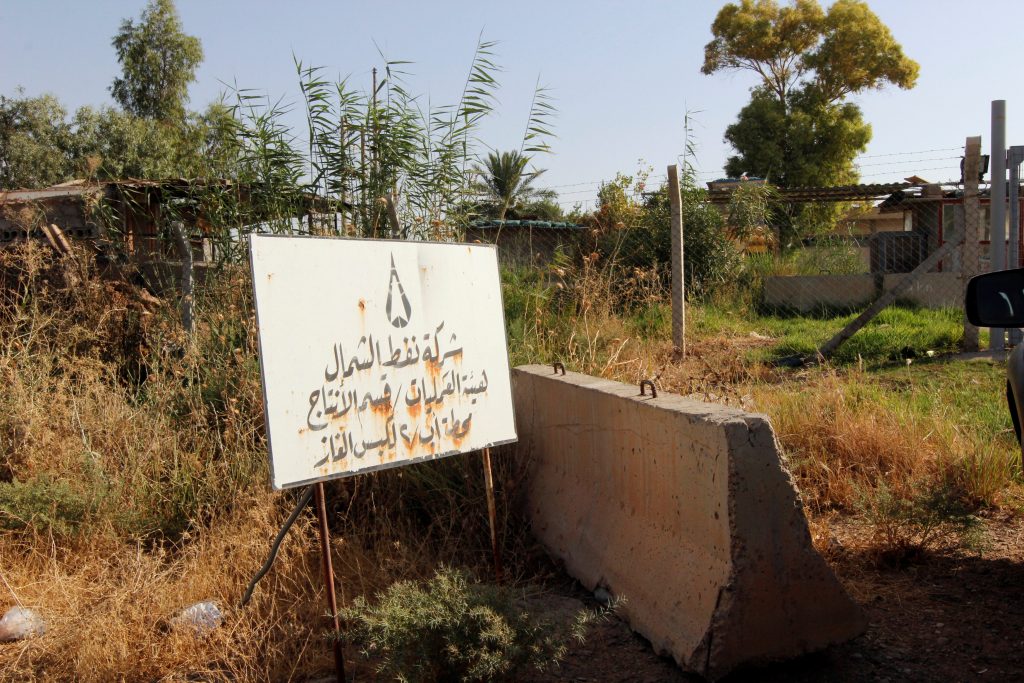 The first attack, on the AB2 gas compressor station, about 10 miles northwest of Kirkuk, started around 3:00 a.m. when four gunmen with hand grenades broke through the external door, leaving two guards in critical condition.

They then shot dead four employees in a control room inside and planted explosives charges, around five of which went off, the sources said.

Forces from the elite counterterrorism service stormed the facility, regained control and freed 15 other employees who had hidden in a separate room.

The terrorists could not be found and may have escaped to launch a second attack on the Bai Hassan oil station, 25 kilometers further northwest, the sources said.

The terrorists there used the same approach to enter the facility before blowing up an oil storage tank inside, the sources said. They were still clashing with security forces there, and casualty figures were not immediately clear.

There have been no claims of responsibility for either attack, but Islamic State has previously targeted oil facilities in the area with explosives, targeting oil wells at the Khabbaz oil field southwest of Kirkuk.

Islamic State terrorists, who seized a third of the OPEC producer’s territory in 2014, have since been pushed back in many areas by an array of Iraqi forces backed by U.S.-led coalition air strikes.

Kurdish Peshmerga forces, which have pushed back Islamic State in northern Iraq and thus expanded the territory of their autonomous region, have controlled Kirkuk and surrounding areas for two years.