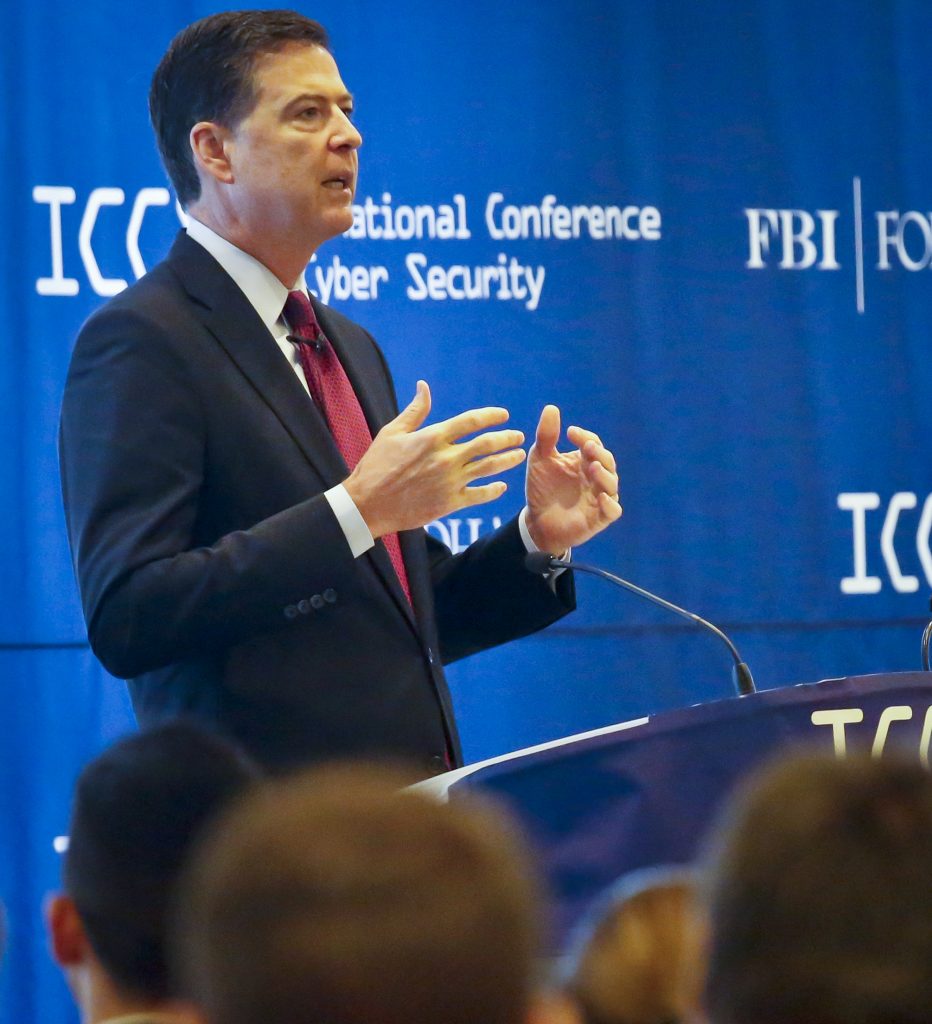 Hundreds of terrorists will fan out to infiltrate western Europe and the U.S. to carry out attacks on a wider scale as the Islamic State terror group is defeated in Syria, FBI Director James Comey warned.

“At some point there’s going to be a terrorist diaspora out of Syria like we’ve never seen before,” Comey said Wednesday in New York. “We saw the future of this threat in Brussels and Paris,” said the head of the Federal Bureau of Investigation, adding that future attacks will be on “an order of magnitude greater.”

Comey’s blunt warnings echo those of Republican presidential nominee Donald Trump, who has scoffed at Obama administration efforts to defeat Islamic State terrorists in Syria and Iraq. Nonetheless, the FBI chief’s comments reflect a consensus among U.S. intelligence officials that the group inevitably will strike out abroad as it continues to lose ground militarily under attack from a U.S.-led coalition.

CIA Director John Brennan told the Senate Intelligence Committee in June that “our efforts have not reduced the group’s terrorism capability and global reach.” Using an acronym for Islamic State, Brennan said, “as the pressure mounts on ISIL, we judge that it will intensify its global terror campaign to maintain its dominance of the global terrorism agenda.”

Comey, who called violence directed or inspired by Islamic State “the greatest threat to the physical safety of Americans today,” said that “a lot of terrorists fled out of Afghanistan in the late 1980s and early 1990s. This is 10 times that or more.”

In his remarks at the conference on cybersecurity, Comey also cited the difficulty of heading off what are often called “lone-wolf” attacks acting on the group’s calls for violence. It is “increasingly hard” for counterterrorism officials to find and stop individuals inspired or directed by Islamic State who use a knife or a vehicle to kill people, Comey said.

Attacks in France have left more than 230 dead since the start of last year. A mass shooting that killed 49 people last month in Orlando, Fla., was carried out by a man who claimed allegiance to Islamic State. Fewer than two weeks before the Olympics begin in Rio de Janeiro, Brazilian police have rounded up a dozen people it said were possibly members of an Islamic State cell.

Beyond the West, Islamic State took credit for a July 23 suicide bombing at a rally in Kabul that killed more than 80 people, the deadliest single attack in Afghanistan in 15 years of war.

The FBI chief also spoke of the unresolved fight over law enforcement access to encrypted communications that brought his agency into conflict with Apple Inc. earlier this year.

The debate over encryption “has dipped below public consciousness right now,” Comey said.

The FBI is using that time to collect data on the negative impact that encrypted communications is having on investigations, he said. From October through March, 500 of 4,000 devices the FBI confiscated couldn’t be opened due to encryption, he said. Debate by policy makers over the issue probably will have to wait until next year, after the U.S. elections, he added.

“At some point encryption is going to figure in a major event in this country,” Comey said. “We’ve got to have the conversation before that happens.”