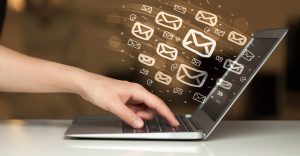 In the rush for big donations to pay for this week’s Democratic convention, a party staffer reached out to Tennessee donor Roy Cockrum in May with a special offer: the chance to attend a roundtable discussion with President Barack Obama.

Cockrum, already a major Democratic contributor, was in. He gave an additional $33,400. And eight days later, he was assigned a place across the table from Obama at the Jefferson Hotel in downtown Washington, D.C., according to a seating chart sent to the White House.

The 28-person gathering drew rave reviews from the wealthy party financiers who attended.

“Wonderful event yesterday,” New York attorney Robert Pietrzak wrote to his Democratic National Committee contact. “A lot of foreign policy, starting with my question on China. The President was in great form.”

The details of the high-dollar event were captured in the trove of internal DNC emails released last week by the site WikiLeaks that has riled the party as delegates gather in Philadelphia to nominate Hillary Clinton.

Internal discussions of the May 18 event with Obama and other aggressive efforts to woo major donors reveal how the drive for big money consumes the political parties as they scramble to keep up in the age of super-PACs.

The DNC emails show how the party has tried to leverage its greatest weapon — the president — as it entices wealthy backers to bankroll the convention and other needs. At times, DNC staffers used language in their pitches to donors that went beyond what lawyers said was permissible under White House policy designed to curtail the perception that special interests have access.

Top aides also get involved in wooing contributors, according to the emails. White House political director David Simas, for instance, met in May with a half-dozen top party financiers in Chicago, including Fred Eychaner, one of the top Democratic donors in the country, the documents show.

White House officials said Obama’s attendance at DNC events is well within the law and the administration’s own ethics policies.

“As presidents of both parties have done for decades, President Obama takes seriously his role as the head of the Democratic Party,” White House spokeswoman Jennifer Friedman said in a statement. “To this end, the President participates in a range of events to raise awareness and support for the party, and to outline his priorities for making progress for the American people, in line with federal election and ethics laws.”

The leaked emails reveal the relentless art of donor maintenance that undergirds the system: the flattery, cajoling and favor-bestowing that goes into winning rich supporters. It’s a practice that the party fundraisers themselves often find dispiriting.

“He’s just awful and if I could have him sitting outside of the room, I absolutely would have,” a DNC finance staffer said of one Florida donor attending the May 18 event with Obama.

DNC finance officials did not respond to requests for comment. A party spokesman said the DNC had “revolutionized online fundraising and worked to rein in the influence of special interests” during Obama’s time in office. The spokesman said the DNC, while seeking to broaden its donor base to keep up with the Koch brothers and other wealthy conservative interests, had taken steps to “prevent any improper attempt to influence government policy.”

The DNC and its Republican counterpart have both stepped up their hunt for huge checks since a series of legal changes in 2014 gave them leeway to collect expansive contributions for new accounts to pay for building, legal and convention expenses.

The top-tier donor package for this week’s Democratic National Convention required a donor to raise $1.25 million or give $467,600 since January 2015, according to a document in the emails. In return, a contributor got booking in Philadelphia at a premier hotel, VIP credentials and six slots at “an exclusive roundtable and campaign briefing with high-level Democratic officials,” according to the terms.

Those perks were aggressively pushed to donors this spring as DNC staffers worked to try to pay for the party’s share of the convention, a tab that had been covered by public funds in previous years.

When Pietrzak, who had already given his annual maximum to the party, expressed interest in attending the May 18 event with Obama, a party staffer responded to her colleague : “No chance of getting more $ out of them, is there? Push the convention packages as an incentive?”

Pietrzak and other donors did not respond to requests for comment.

The emails also show the intensive efforts to get corporations to sign on as sponsors of the convention’s host committee – a reversal from 2012, when Obama prohibited such donations.

Last year, the DNC, in consultation with Clinton’s campaign, also decided to reverse a ban on donations from the PACs of corporations, unions and other groups.

After those limits were lifted, DNC Chairwoman Debbie Wasserman Schultz and other top party officials showered corporate lobbyists with calls, emails and personal meetings seeking convention support and PAC contributions to the party, according to a spreadsheet logging the contacts.

In one May email, a DNC finance staffer asked whether the conglomerate Honeywell could get a hotel room in Philadelphia for a $60,000 donation to the host committee.

“This is $60k we definitely wouldn’t get otherwise and Honeywell is the biggest PAC contributor in the country,” she wrote.

The chance to build the event around the president in May set off a race inside the DNC finance office to recruit new donors.

“Have at it with Potus. Prefer at a hotel. No pacs and no lobbyists,” finance director Jordan Kaplan wrote to one of his deputies, Alexandra Shapiro, at the beginning of the month, adding: “This will probably be our only event in May. Lot of eyes on this one.”

Shapiro passed along the message about the event to her colleagues: “New money is the priority so if you have folks that are sitting on their max out, this may be a way to get them in,” she wrote.

Before the invitation was sent, an associate at Perkins Coie, the DNC’s outside law firm, weighed in with a caution on the language.

“Let’s remove the word round table on page 2 at the top (‘$33,400 – Round table discussion guest’),” Ruthzee Louijeune emailed Scott Comers, the DNC’s finance chief of staff. “As you know, WH policy restricts the use of language that gives the appearance that contributors can pay for policy access to the President.”

But the emails show several instances in which DNC fundraisers pitched donors with promises of a “roundtable” chat with Obama. On May 6, the southern finance director emailed Cockrum, the Tennessee donor, about packages available for the Philadelphia convention.

“If [you] were willing to contribute $33,400 we can bump you up a level to the Fairmont,” he wrote, referring to a luxury hotel. “Additionally, your generous contribution would allow you to attend a small roundtable we are having with President Obama in DC on May 18th or a dinner in NYC on June 8th.”

On the afternoon of the event, the place of honor, at Obama’s side, went to New York philanthropist Phil Munger. Kaplan noted to Shapiro in an email that Munger was one of the largest donors to Organizing for Action, a nonprofit group that advocates for Obama’s legislative agenda.

“It would be nice to take care of him from the DNC side,” Kaplan wrote, adding: “He is looking to give his money in new places and I would like that to be to us.”

DNC officials said there are no discussions with the nonprofit organization about its donors, noting that Munger’s support to the group is disclosed online.

Before the event, Simas, the White House political director, received a briefing from the DNC on what to expect of the contributors attending.

“They are interested in a conversation focused on business and economic concerns but many are also committed to education and social issues,” the memo read.

The next day, Shapiro told her colleague that the event had been a success.

“Q&A went well, very foreign affairs focused,” she wrote. “Dick got two questions in and Bill Eacho was very pleased with his seat. He seemed very open to the idea of doing something for us in the future, too. Thank you again for your help on this one! We raised a good chunk of change which was nice for a change (sorry for the pun, I had to).”