World US, Allies Say They’re At Key Moment In Fight Against IS
World 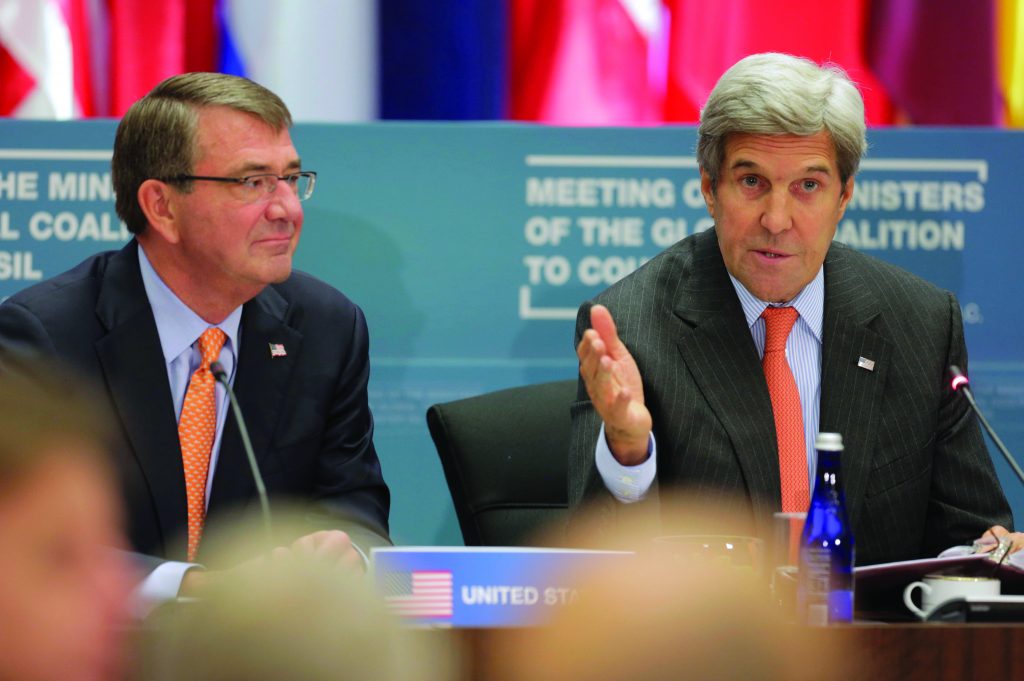 The United States and its anti-Islamic State coalition allies said Thursday they’ve reached a key moment in their campaign to defeat the terrorist group, despite several months of limited ground gains and major terrorist attacks.

After two days of talks in Washington, a joint statement cited steady progress by Iraqi forces and Syrian opposition militias as they edge closer to Mosul, the Islamic State’s headquarters in Iraq, and Raqqa, its Syrian base of operations.

But the 30 countries that sent top diplomats and defense officials also learned of only limited territorial advances.

“Our coalition and our partners on the ground have driven Daesh out of nearly half the territory it once occupied in Iraq and 20 percent in Syria,” Secretary of State John Kerry told participants, using an alternate acronym for the group. Those numbers are barely better than they were in January.

Kerry cited other markers of success, such as the recapture of Iraqi cities including Ramadi and Fallujah. Airstrikes have killed Islamic State leaders and disrupted the group’s military operations, he said. Security has tightened along the Syria-Turkey border. Coalition attacks have eliminated Islamic State oil facilities, tanker trucks and cash storage sites. And this month, Iraqi forces seized an air base 40 miles south of Mosul, another step toward retaking that city.

For all its battlefield struggles, however, the terrorist group or its sympathizers have pulled off a series of deadly attacks in the Middle East, Europe and Asia. These include last week’s truck attack during Bastille Day in Nice, France, that killed 84 people.

“The world is going to look back and say Daesh made zero difference beyond the cruel suffering it caused,” Kerry said at a news conference afterward.

Thursday’s discussions at the State Department followed a pair of meetings Wednesday.

At Joint Base Andrews in Maryland, Defense Secretary Ash Carter and other officials accelerated plans for reconstruction after the battles are over. At the State Department, Kerry and foreign ministers pledged more than $2.1 billion for Iraq as it captures more territory from the Islamic State, helping with everything from demining to long-term development assistance.