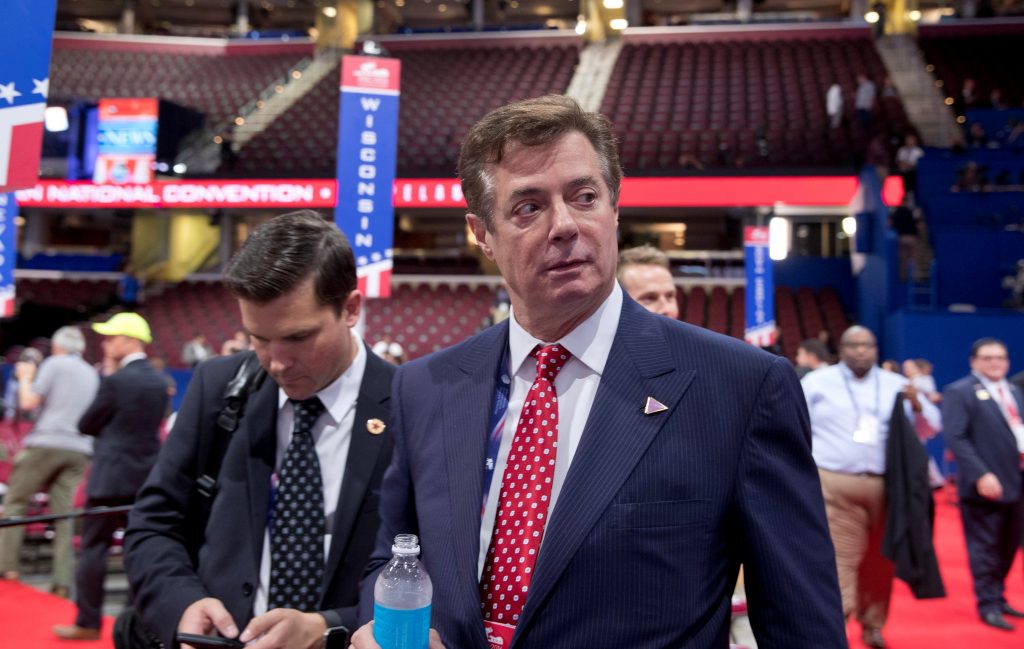 CLEVELAND (Los Angeles Times/TNS) — Donald Trump’s campaign chairman backpedaled Thursday after the Republican presidential nominee wavered when questioned about whether he would commit to defending NATO allies if Russia attacks them.

Asked whether Trump was suggesting in comments to The New York Times that there should be a new standard for whether the U.S. would defend NATO allies, his campaign chairman, Paul Manafort, told reporters: “No. What Mr. Trump has said consistently is that he thinks NATO needs to be modernized” to fight terrorist threats.

Like President Barack Obama, Trump has called on members of the alliance to increase the amount of money they pay for U.S. military protection.

But it is highly unusual, if not unprecedented, for a party’s presidential nominee to suggest that members of the alliance formed after World War II could not necessarily rely on U.S. protection from a Russian invasion.

When pressed on the matter in a CBS interview Thursday, Eric Trump, one of the candidate’s sons, left it unclear whether his father might break treaty obligations to allies that fail to contribute as much as they are obligated to pay.

“Right now, we subsidize the vast majority of NATO — how is that fair?” he told CBS News. “You have countries that are part of NATO and who don’t pay anything or pay very, very little.”

Donald Trump’s remarks drew a scathing rebuke from the campaign of Hillary Clinton, his Democratic rival.

“It is fair to assume that Vladimir Putin is rooting for a Trump presidency,” said Jake Sullivan, a senior Clinton policy adviser, in a written statement. He suggested Trump has “a bizarre and occasionally obsequious fascination with Russia’s strongman.”

“Ronald Reagan would be ashamed,” he said. “Harry Truman would be ashamed. Republicans, Democrats and Independents who help build NATO into the most successful military alliance in history would all come to the same conclusion: Donald Trump is temperamentally unfit and fundamentally ill-prepared to be our commander in chief.”