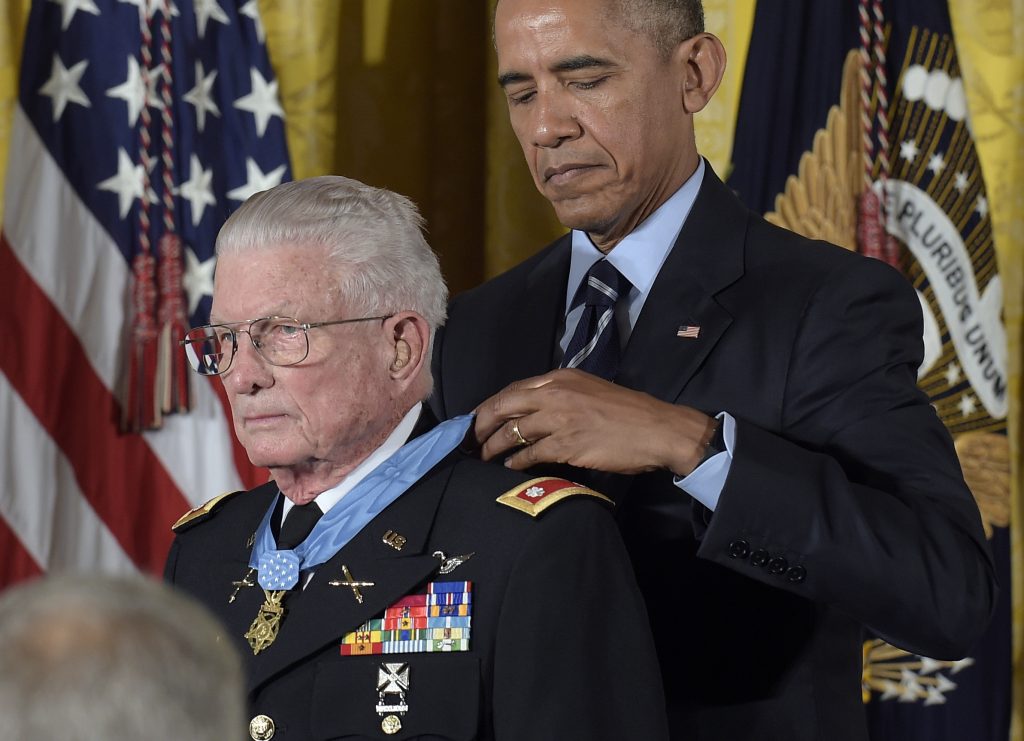 The president described May 15, 1967, as a hot Monday morning in Vietnam, during which outnumbered American soldiers needed support while fighting North Vietnamese forces.

Enter Kettles, who volunteered to fly soldiers to the front lines and take the wounded out of battle.

“Death or injury was all but certain,” Obama said. “The enemy unloaded everything they had on Chuck as he landed.”

After initially being told everyone had been moved to safety, Kettles was midair when he heard eight soldiers were left behind.

He decided to turn back around without any aerial or artillery support. His helicopter was 600 pounds overweight and severely damaged, but Kettles is credited with saving 44 people.

“I couldn’t make this up,” the president said .

Obama presented Kettles, 86, the Medal of Honor for his service Monday. Kettles was previously awarded the Army’s Distinguished Service Cross and the Bronze Star.

His Medal of Honor came after a five-year campaign spearheaded by Kettles’ son and a social worker who interviewed Kettles for a local rotary club. Kettles, a resident of Ypsilanti, Mich., was joined at the White House ceremony by his wife, eight of their 10 children and three of their grandchildren.

Obama praised Kettles for giving his fellow soldiers the opportunity to return home and make their own families.

Following the ceremony, Kettles told reporters that “the whole mission was worth it” because it saved lives.

“That’s the only thing that really matters out of all the details,” he said.