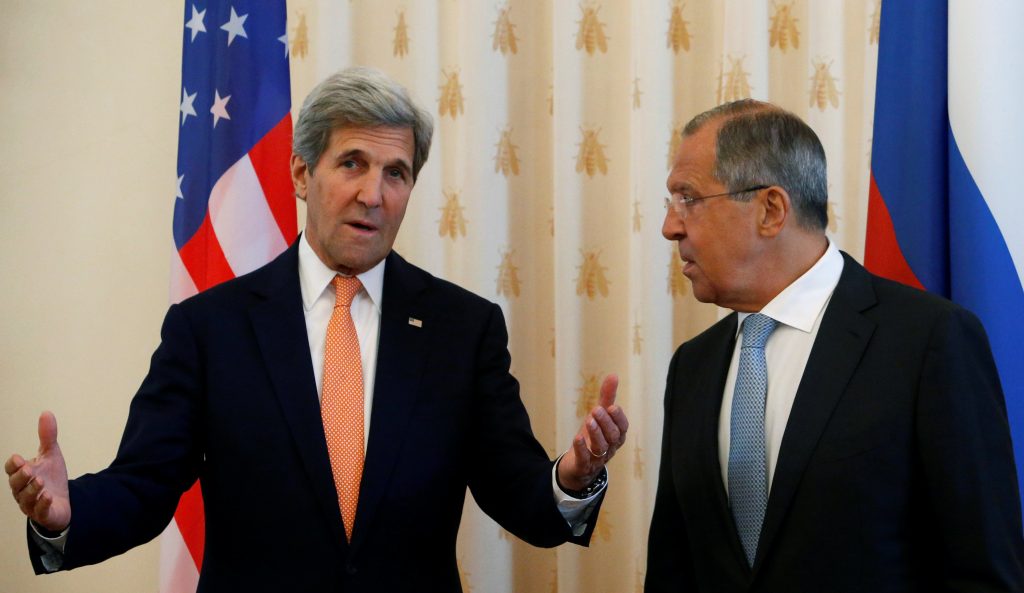 U.S. Secretary of State John Kerry on Friday told his Russian counterpart in Moscow that the attack in the French city of Nice showed the need to speed up international efforts to tackle terrorism, especially in Syria.

Kerry, who late on Thursday had talks with Russian President Vladimir Putin that focused on the conflict in Syria, said their talks had been productive, as well as “extremely frank and very serious.”

But a Kremlin spokesman said separately that Putin and Kerry had not directly discussed military cooperation between Moscow and Washington in Syria – the subject of a proposal that Kerry had brought with him to the Russian capital.

Dozens of people were killed on Thursday when a gunman drove a heavy truck at high speed into a crowd who were celebrating Bastille Day, France’s national holiday, in Nice. French authorities said it was a terrorist attack.

Referring to what he described as the “incredible carnage” in Nice, Kerry said nowhere was there a greater hotbed for terrorists than in Syria.

“I think people all over the world are looking to us and waiting for us to find a faster and more tangible way for them feeling that everything that is possible has been done to end this terrorist scourge and to unite the world in the most comprehensive efforts possible to fight back against their nihilistic and depraved approach to life and death,” Kerry said as he began talks with Russian Foreign Minister Sergei Lavrov.

“And you and I and our teams are in an enviable position of actually being able to do something about it,” Kerry said.

On Thursday, the Washington Post published a leaked document it said Kerry would put forward in Moscow calling for intelligence sharing to identify leadership targets, training camps, supply lines and headquarters of the Nusra Front, al-Qaןda’s affiliate in Syria.

It said strikes against those targets could be carried out by U.S. or Russian jets and expanded coordination would be channeled through a Joint Implementation Group based in the vicinity of the Jordanian capital, Amman.

Asked about this proposal on a conference call with reporters, Kremlin spokesman Dmitry Peskov said military cooperation had not been directly discussed at the meeting between Putin and Kerry, which lasted until the early hours of Friday morning.

“A lot of questions remain regarding real interaction in implementing operations in Syria,” Peskov said.