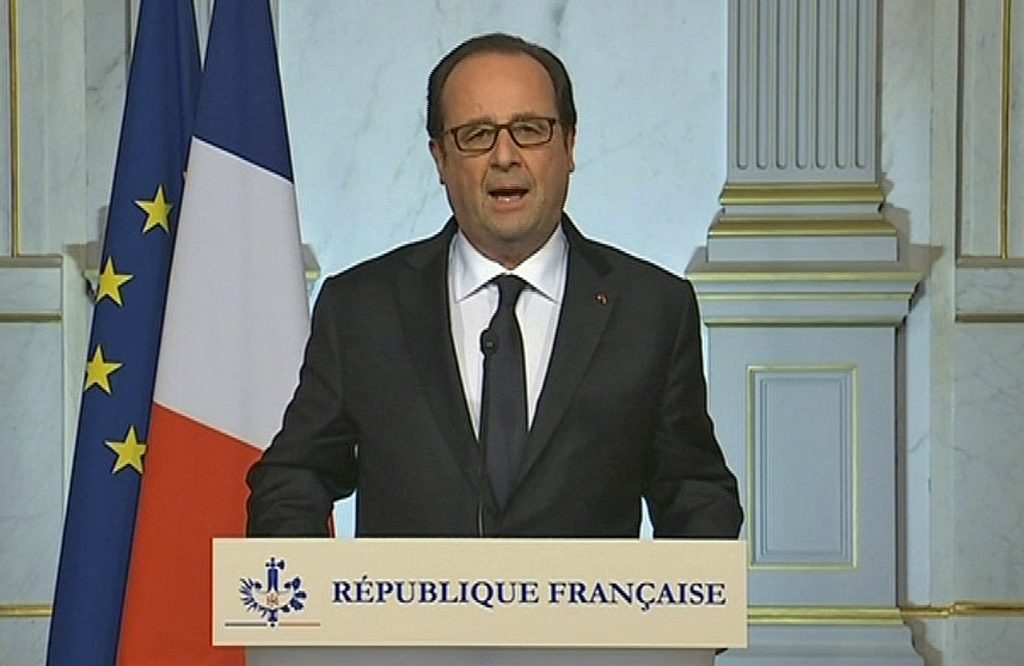 French President François Hollande said Thursday’s lethal attack on the southern city of Nice was clearly a terrorist assault and that the state of emergency imposed since a previous attack on Paris last November would be extended for another three months. He also said other measures will be put in place to counter the threat.

Speaking after an emergency meeting in the early hours of Friday morning, Hollande said at least 77 people were killed in an attack in which the terrorist drove a big truck at high speed into dense crowds who were watching a fireworks display on the country’s national Bastille Day holiday [although the toll is now over 80].

“There’s no denying the terrorist nature of this attack of yet again the most extreme form of violence,” the French leader said in a nationally broadcast address at 4 a.m. local time, several hours after the carnage in Nice.

Hollande says he will call a Defense Council meeting Friday that brings together defense, interior and other key ministers, before heading to Nice.

Besides ensuring continuation of the state of emergency and the Sentinel operation that puts 10,000 soldiers on patrol, he said he was calling up reserves to help police, particularly at French borders.